Top 5 batsman to hit most fours in IPL 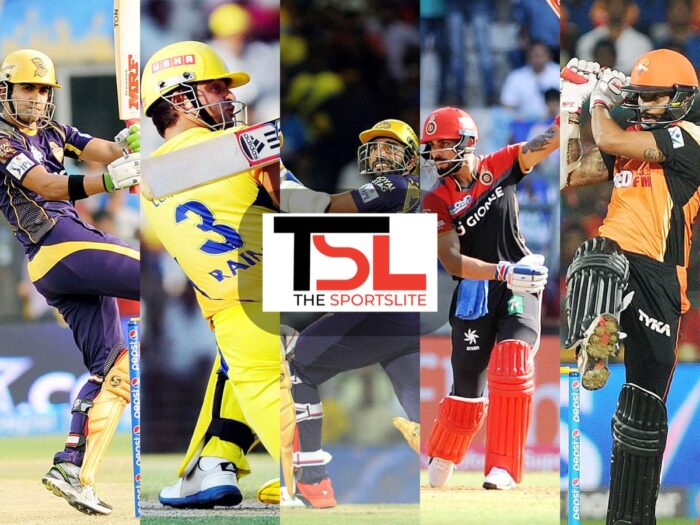 The IPL is mostly known as a batting favored tournament. All the teams contain star batsmen in their ranks. It is very necessary to maintain the flow of run so that a good total or a successful chase can be made. In order to maintain the flow of runs, boundaries should come frequently in regular intervals. In this article, we will know about the Top 5 batsmen to hit the most fours in IPL history.

Although starting and ending his IPL career in Delhi, Gambhir is mostly famous for his stint in KKR. Gambhir has struck a total of 491 fours in the tournament. The retired left-handed opener is considered to be the best captain till now to lead the Kolkata-based franchise, captaining them to 2 IPL titles. Gambhir has scored 4217 runs in 154 matches in his IPL career.

The dependable middle-order batsman for CSK and an IPL veteran, Suresh Raina has scored 502 fours in IPL till now. He is mostly famous for being a batsman who can accelerate very quickly. Raina has won 3 IPL trophies till now and will be looking to increase the tally. He has scored a total of 5491 runs in 200 matches in the tournament so far.

The current team India captain across all formats has been playing IPL for RCB, only one franchise since his debut in the tournament. Virat has hit the ball for 524 boundaries till now. Although he is one of the best batsmen of this generation, Virat has failed to win the title even once. However, he is the leading run-scorer in IPL history with 6076 runs in 191 matches, the only batsman to cross the 6000 marks with the bat.

David Warner holds the record for most run-scorer in IPL by an overseas player. He has struck 525 fours till now with the tally going up surely in near future. Warner also holds the record of winning the orange cap 3 times, most by any batsman. He has 5447 runs in 148 matches in his IPL career while winning the title once with SRH.

One of the best openers in modern cricket, Shikhar Dhawan has got 634 fours to his name. He has won the IPL title once till now with his previous team SRH. Dhawan was the first-ever player to hit two back-to-back centuries in the tournament. With 5577 runs under his name in 184 matches, Shikhar would look to win more IPL titles in the future.