Sunrisers Hyderabad – History, Players, Records and All you need to Know 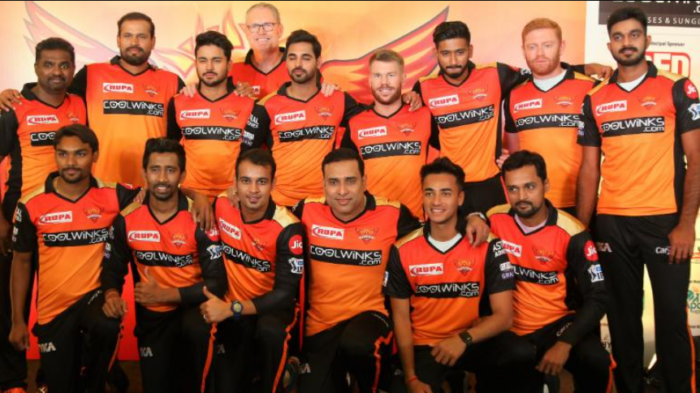 Sunrisers Hyderabad has always been considered underdogs of IPL. They are famous for their investments in the bowling attack as compared to batting. They might not have the biggest fan base, but surely no cricket fan hates them either.

From Chargers to Sunrisers

On 20th December 2012, they unveiled the logo and announced the team management which included Kris Srikkanth, Tom Moody, and V. V. S. Laxman.

Sri Lankan great Kumar Sangakkara was the captain for the first nine matches and then was taken over by Cameron White. They ended the tournament in 4th place.

In 2014 and 2015, they finished in 6th position, but there were some instances when many felt that this team could go a long way. Team management appointed David Warner as their captain, who won the Orange Cap in 2015.

‘A batsman can win a game for you, but bowlers can win a tournament for you’. SRH has always been endorsing the statement.

SRH had had the best bowling lineup since their debut in IPL, which took little time to give dividends as they won the tournament purely with the skills of bowlers in 2016. They had Bhuvneshwar Kumar, Mustafizur Rahman, Bipul Sharma, Ben Cutting, Karn Sharma who not only restricted the runs but took the wickets also.

In that particular season, chasing even a moderate score against SRH was quite a difficult task. SRH, over the years, hasn’t had an out superstar hitter who can tonk the ball consistently season in season out. However, this weakness was compensated by niggardly and lethal bowling which gave SRH its first title.

Since 2016, they have always been in the Playoffs and they were in the Final of the 2018 season when they were defeated by CSK in their comeback season.

The revelation of Rashid Khan

SRH has always been in pursuit of building the most potent bowling lineup. In this pursuit, they bought Afghanistan’s Rashid Khan in their squad and since then Rashid has become an invaluable asset.

Even 4 years after his IPL debut, batsmen find it hard to pick him. Along with top-class bowling, he has also developed himself into a reliable batsman who has already scored some quick runs down the batting order. This dedicated cricketer is an exceptional fielder too.

They had a poor first half of IPL 2021 and are now languishing at the bottom of the pile. Let’s hope they can revive themselves in the remaining half of the tournament and can register their spot in the Playoffs.

Let’s have look at some Records

SRH has defended the second-lowest total in the IPL history. They achieved this feat by preventing mighty Mumbai Indians from chasing a simple total of 118. MI was dismissed by SRH for just 87 runs.