The SportsLiteSports at just one click!
HomeCricketMumbai Indians - History, Records, Players, and all you need to know
CricketIPL

Mumbai Indians – History, Records, Players, and all you need to know 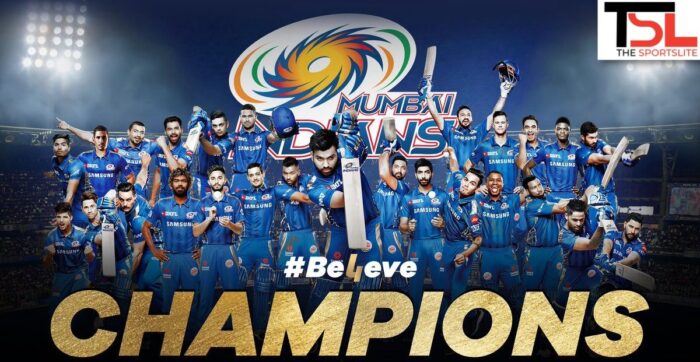 Mumbai Indians, the 5 times champions, and the most successful IPL team have never been away from the limelight. Well, if you have the cricketing legend and India’s gem in cricket, Sachin Tendulkar, you will get huge attention. Millions started to support Mumbai Indians as they had Sachin in their team and since then the millions have been the part of ‘MI Paltan’. 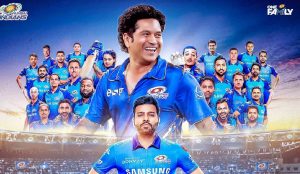 How was the Mumbai Indians franchise formed?

The Board of Control for Cricket in India (BCCI) came up with the idea of IPL in 2007. The Mumbai franchise was sold to Reliance Industries Ltd (RIL) for $111.9 million. The price made the team the most expensive team of the newly formed league. It was owned by Mukesh Ambani. Performance of Mumbai Indians over the years

MI had the most celebrated players in the cricketing world. Mumbaikar Sachin Tendulkar was the Icon of the team. They also had the likes of Sanath Jayasuriya, Harbhajan Singh, Shaun Pollock, Lasith Malinga, and Robin Uthappa. 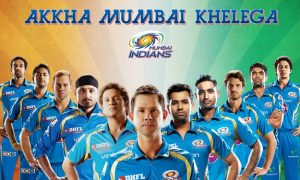 Despite the great players, the first two seasons were surely not up to the mark as they finished in 5th and 7th position in the 2008 and 2009 edition respectively.

Just like players, the team was also blessed to have world-class coaches and team management. Shaun Pollock became the bowling coach and Robin Singh, the head coach.

They finished runner-ups in 2010, and things surely started to look much brighter after the first two gloomy seasons. Since then, they have always been the force to reckon.

The brilliant team game in 2010 heralded the upcoming of something big in the future.

Do you recall the Phoenix bird in the Harry Potter movies? How does he begin a new life from his ashes? It is quite relatable with MI. The resurgence of MI after the misery in the first two seasons is no less than Phoenix’s rebirth from his ashes. 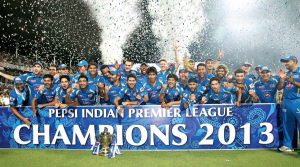 In 2013, they became the champions of IPL for the first time. It’s incredible how they converted the miserable condition into sheer dominance, they are surely the monsters of the Indian Premier League.

They won the title in 2015, 2017, 2019. They also broke the jinx of an even year when they again won the tournament in 2020. Other than the IPL title, they had also won the 2011 and 2013 Champions League Twenty20. Mumbai Indians have become the synonym for world domination.

Mumbai is the side with no weaknesses

When it comes to franchise cricket, how you perform off the field is as important as your on-field performances. MI has been very professional about their decisions off the field and in auctions. Right from scouting players to bid for them on the auction table, they are the best in the business. They had Ricky Ponting as their head coach for a while, then Anil Kumble, and now they have Sri Lankan legend Mahela Jayawardene. They have used the intelligence of these people to put together a team that has no weakness at all.

Opening slot, middle order, hard-hitting batsman, sloggers, experienced players, exuberant youth, death over specialist, fast bowlers, top-class spinners, they have absolutely no gaps in their team. This is what makes them the intimidating opposition.

One peculiar thing about these giants is that they have had the habit of not starting well in the tournament. However, if your team wins the titles, then there is no need to worry about the start of the tournament. MI fans always see the lighter side of things after a poor start. According to them, losing the first match is a tradition and ritual which helps them to win the Title.

In 2015, they lost 5 of their first 7 games and unbelievably went on to clinch the title. Mind-Boggling, isn’t it?

The rivalry between Mumbai Indians and Chennai Super Kings has been quite a vicious one.

One thing that should be mentioned is that the players of both sides have never been disrespectful to each other. The hatred and loathing that we see today among the fans about the opposition are all the byproducts of some disgusting posts on social media. Only true cricket lovers will enjoy this rivalry, will respect other team’s performances, and will never endorse the crap posts on social media. 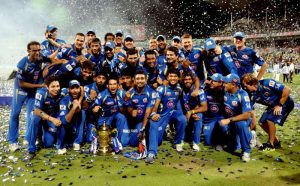 Interestingly, CSK’s home ground Chepauk has been a happy hunting ground for MI. They have not been defeated by CSK at Chepauk for 10 years. This means MI has won all the last 10 games at Chepauk.

MI holds the record for fastest target chased. In 2008, MI bowled out KKR for the merest total of 67. MI chased down the target in just 5.3 overs. This record will remain at the top of the pile for years to come.

MI’s Alzarri Joseph holds the record for the best bowling figures in the IPL history. His 6/12 reduced SRH to a 96 all out while chasing 137. This was in the 2019 season.

In 2017, MI won the game by a huge margin of 146 runs. Chasing 212, Mumbai crumbled the DD batting lineup for an all-out score of 66. This is the record for the largest victory margin in terms of runs.