The special innings from Rahul Tewatia in an IPL game epitomize how everyone should back their talent and confidence. He was struggling in that particular innings, but out of nowhere, the Tewatia storm overwhelmed the Punjab Kings. 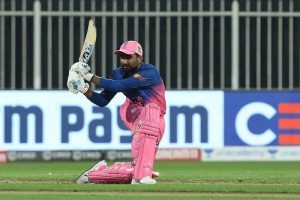 Rahul Tewatia, the Haryana boy was born on 20th May 1993 in Sihi. He is a leg spinner and can be handy with the bat in hand.

Rahul Tewatia: A journeyman of IPL

It’s hard to believe that he has been playing in the IPL since 2014. He had never really settled into any team. His first team was Rajasthan Royals, then he moved to Punjab, Delhi, and back to Rajasthan. He played few games for Delhi, to be precise 13 games, and took 8 wickets. 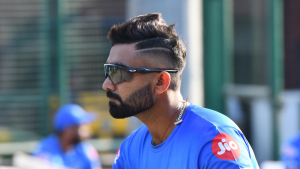 The video of Rahul and Ricky Ponting went viral when Rahul was expecting some appreciation from Ponting for taking four catches in an innings, but Ponting mocked him and went away.

Coming back to Rajasthan

He was picked by Rajasthan Royals once again in 2020, the transfer which changed Rahul’s career. He played 14 games for Rajasthan in 2020 and did quite well. Despite the good performances in 14 games, he is known for only one match, where he slowly drifted RR towards defeat and out of blue, played the innings of his life, and took RR past the victory line.

One of the greatest IPL match 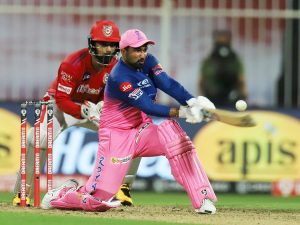 Mayank Agarwal’s brilliant century and KL Rahul’s 69 took Punjab to a huge total of 223/2 in 20 overs. The game was already done and dusted for many as chasing 223 was surely not on the cards. RR, right from the start had stepped onto the gas pedal and despite the regular wickets, they were 160/2 at 16th over when Sanju Samson was dismissed. The onus was now on Rahul Tewatia, who had an excellent net session of hitting sixes before the match.

RR had had a required run rate of 17 at the end of the 17th  over and Rahul was struggling even to place the ball beyond the 30-yard circle. He was on 17 from 23 balls. Till then, Tewatia’s sluggish innings were hurting RR. 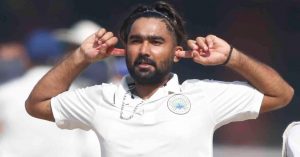 The game was in the hands of Punjab, but one over off Sheldon Cottrell to Tewatia changed the complexion of the match. Tewatia hit Cottrell for 5 sixes and plundered 30 runs. The commentators were going berserk.

With each six, Tewatia grew into confidence. The contagious confidence of Tewatia was taken up by Archer and Archer also hit Shami for 2 sixes, which was followed by another six from Tewatia. On the next ball, Tewatia was dismissed, but he had played his part and the part had saved him from all the criticism which would have followed if he hadn’t played that part.

Many experts think this has to be one of the best matches and innings they have ever witnessed.

The highest run chase in the history of IPL

RR chased down the target of 224 with three balls to spare and the chief contributor was Rahul Tewatia. Rahul admitted that the first 20 odd balls of the innings were the worst of his batting career and he still backed himself to win the match for the team and he did win for them. The innings epitomize how everyone should back their talent and believe in themselves. This is the highest run chase in the history of IPL. The 2021 season hasn’t been good for him. He has just 2 wickets in 7 games and his side also reeling at number 5.

We wish him the best of luck for the remaining games and we hope we will see another Tewatia special innings very soon.

Though he has been in the Domestic circuit for 8 years, he has only played a handful of matches. We also hope that he will revive his domestic career as well.