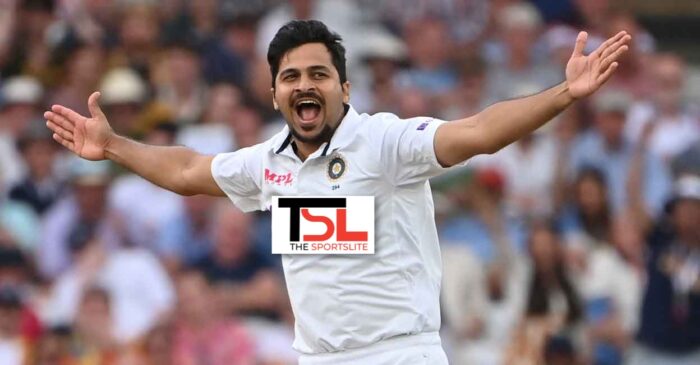 Know all about Shardul Thakur, When Shardul became the Lord!

Shardul Thakur, the name has been buzzing around the cricketing globe for more than 6 months now. However, it’s not the fact that he has suddenly emerged from nowhere. He has always been there and there about in domestic cricket and had been banging the door of the national side. But the sudden boom of fast bowlers in India somehow overshadowed his superb performances in domestic cricket. His Life in a lifeline

Shardul was born on 16th October 19914 in Palghar. The place Palghar is almost 100 km from Mumbai and he had to travel all the way to Mumbai for cricket practice. Local trains have been the lifeline for Mumbai people and so was for Shardul during the early years. People had taunted him about this journey and why he was wasting so much time. Shardul abided by all the taunts and with perseverance, he continued his journey to be a cricketer.

He hadn’t had a great start to his domestic career. He made his Ranji debut on 9th November 2012. Shardul Thakur took 4 wickets in the first four First-Class games. But in the next season, he came back stronger with 27 wickets in 6 games at 26.25. Since then he has been their mainstay for the Mumbai Ranji side as far as fast bowling is concerned. 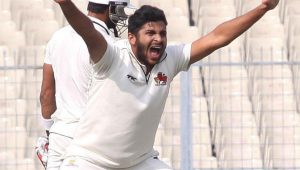 He surely has no physique for fast bowling. This vertically challenged man had possessed a lot of weight. He worked on his fitness and those hours in the gym have been paying dividends. Even against all odds, he became the spearhead of Mumbai’s bowling lineup. It’s a really incredible story. His 8 wickets in the Final of the 2015-16 Ranji Trophy caught the eyes of national selectors.

Life gave him nothing without strenuous efforts

Grafting has always been written in Shardul’s fate. He was in India’s Test squad touring the West Indies, but couldn’t make a debut.

12th October 2018 was the day when he made his Test debut. Unluckily, the debut lasted only for 10 balls as he pulled himself out of the Test due to groin strain in his right leg.

India has been blessed to have a bunch of fast bowlers in their arsenal. So Shardul got chances to play for India when the main bowlers were on rest or when they were injured. He kept himself motivated and gave his best whenever the opportunity came.

Shardul Thakur made his IPL debut in 2015 playing for Punjab Kings in 2015. In 2017, he played for Rising Pune Super Giants for 2 seasons under MS Dhoni. The ban on CSK was lifted in 2018 and Shardul was picked by MS Dhoni to play for his franchise Chennai Super Kings. He has some terrific numbers with the ball and has been the partner in the crime with Deepak Chahar. Shardul’s streaky runs in the qualifier of 2018 IPL took CSK to the Final and eventually they won the title in their comeback season.

When Shardul became the Lord

The talks about India’s historic glory in Australia in Border Gavaskar Trophy 2020-21 will go on for ages. It was just incredible and at the same time heartening to see how India’s effectively ‘Team B’, displayed their mettle. Despite being selected as a bowler, his crucial knock of 67 kept Aussies away from taking a huge lead in the first innings. The entire world knows how India then breached the ‘Fortress Gabba ’. India has been a dominant side in the ongoing 2021 England tour. In the 4th Test at Oval, India registered another historic victory and again Shardul was the chief contributor. He scored half-centuries in each innings. He also took the important wicket of Ollie Pope in the first innings and dismissed Rory Burns and in form Root when it mattered the most.

Indian team management now can definitely think of Shardul as a fast-bowling all-rounder which they have been looking for decades.

His career has just started to flourish now. The grinding years, patience, hard work, and never-say-die attitude have finally given returns to Shardul. We hope his career graph will only go higher and higher, he will achieve a lot more in his personal life and in cricketing life which will aid India to glorious moments. Fans would be expecting many more wonderful performances from beloved ‘Lord Shardul’. We wish him all the best for the future! 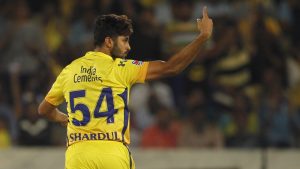