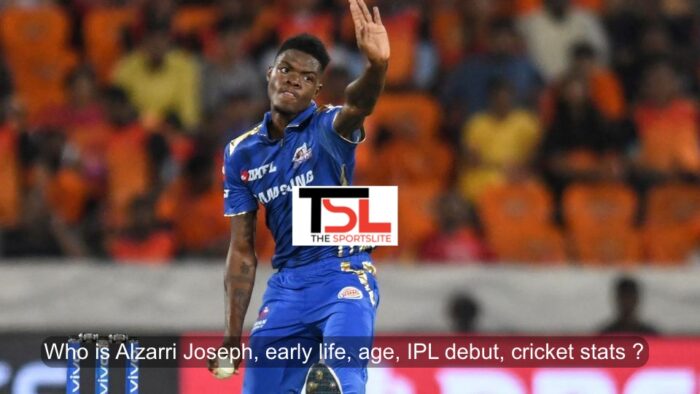 Know all about Alzarri Joseph, the West Indies cricketer who has excellent records 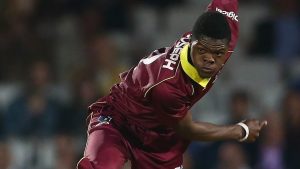 Talking about the 2016 U-19 World Cup, West Indies were rampant and Alzarri Joseph was the chief contributor.

Alzarri Joseph was born on 20 November 1996 in Antigua. His wireframe structure and lean physique generate a sheer pace and it has always been fascinating to watch.

Coming back to the U-19 World Cup, Alzarri finished as the fifth-highest wicket-taker of the tournament with 13 wickets in 6 matches at an average of 13.76, an incredible economy of 3.31, and a strike rate of 24.90. He was praised by many West Indies fast bowling legends. 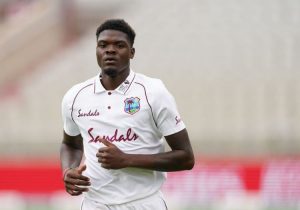 His success in the U-19 World Cup aided him to make a Test debut on 9th August 2016. Remarkably, Alzarri had some wood on Virat Kohli who was at his peak during 2016.

During a Test match against England in 2019 at the end of 2nd day, Alzarri got the sad news of the death of his mother. It was an emotional moment for him. It’s unbelievable that he didn’t pull out of the match. It shows his mental toughness and dedication to the game. 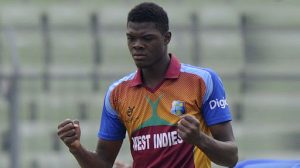 In 2019, he stormed the cricketing world with his IPL debut. He was named as a replacement for Adam Milne and made his debut for Mumbai Indians on 6 April 2019. He obliterated Sunrisers Hyderabad’s batting by 6/12 in just 3.4 overs, which reduced Hyderabad to just 96 chasing a moderate target of 137. Unfortunately, he couldn’t play the next match as he was injured.

The career at Mumbai Indians lasted only for 3 matches. Now he is not in any squad for IPL 2021.

Let’s look at his career through numbers.