The SportsLiteSports at just one click!
HomeCricketWho is the greatest Spin bowling artists: Ashwin vs Lyon
Cricket

Who is the greatest Spin bowling artists: Ashwin vs Lyon 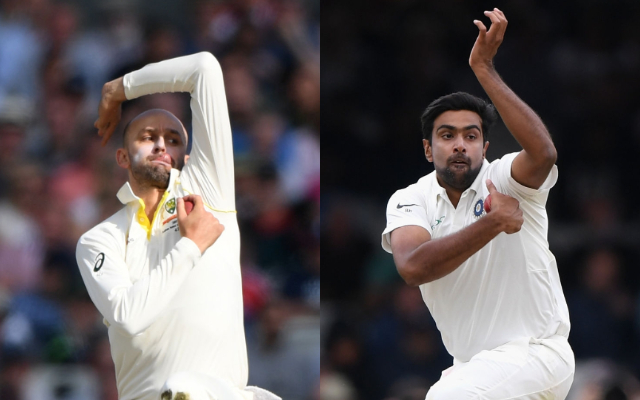 The spin bowling is no lesser than any artistry, the guile, drift, flight, repetitions, turn, bounce makes it a sight to watch out for and the cricketing fraternity has been blessed to have such artists over the years of cricket. You can call them an artist or wizard, they continue to amaze you.

This generation of cricket has been lucky to have such two artists with the ball, they have been the core of their respective bowling lineups, you guessed them right, Ravichandran Ashwin and Nathon Lyon.

Both have come from different backgrounds, Lyon was the part of ground staff at the famous Adelaide Oval, while Ashwin had kept an equilibrium between his studies and cricket, he is an engineer by an educational profession.

But on the field they baffle the batsman day in day out, they have become the virtuoso in spin bowling, but the student inside them obligates them for the hard work and forces them towards an improvement.

Both started their Test cricket journey around the same time in 2011.

We will slowly dissect their stats and to start off,  we will explore their overall numbers.

Ashwin seems to have an edge over Lyon. 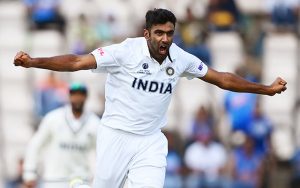 Despite playing 21 more Tests, Lyon has 14 wickets less than Ashwin. In the economy, average, strike rate, and 5 and 10-wicket hauls, Ashwin has outplayed Lyon in the spin bowling.

A thing that should not be missed is that Lyon has played the bulk of his cricket on the tracks which suit the pacers, while Ashwin has played most of the cricket on spin-friendly tracks in the Indian subcontinent.

So overall stats don’t give us a clearer picture.

Now Lyon seems to be performing better than Ashwin in Australia.

Ashwin had some tough times playing in Australia in the first two tours and had been criticized a lot due to the great disparity between the bowling averages in India and in Australia.  But the previous experiences have helped him to better the numbers.

Ashwin in Australia before and after 2015

Well, it’s quite clear that Ashwin has had utilized all his experience and has performed better in the 2018 and 2020 Australia tour. Not to forget, in the 2011 and 2014 tours, India was thrashed by Australia. But in 2018 and 2020, India turned the tides and for consecutive times registered a historic series victory in Australia. Obviously, Ashwin was the major contributor in those wins.

Lyon’s stats in India were supposed to be better as compared to in Australia. But there hasn’t been any big difference in those stats, only the strike rate has undergone a betterment. 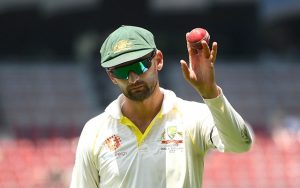 Ashwin has undergone a lot of improvement in the numbers in Australia, especially since 2015. Let’s see whether Lyon has the same story or not.

Lyon has also made some improvements and has much better numbers after 2015. Over the years, both have become a better version of themselves.

Lyon has to have better numbers in India because of the assistance from the pitch. So it isn’t a big deal for any spinner to do well in India, especially for a spinner of Lyon’s caliber.

But Ashwin has made an improvement when pitches were offering minimum assistance to the spinners and that’s where many feel Ashwin has become a better bowler than Lyon.

Now we will bring them on the same platform and discuss their stats in England, New Zealand, and South Africa. All the pitches in these nations offer negligible assistance to spin. It would give a clearer and fairer idea.

Lyon has played more than double the number of Tests in England, New Zealand, and South Africa as compared to Ashwin. Numbers are also on Lyon’s side. This comparison has given us a clear idea about who might be the best and most would say Nathan Lyon.

One should not forget the fact that Lyon has been bowling on less spin-friendly wickets since childhood and he has that advantage. On the other hand, after the resurgence of Ashwin 2.0, India has been to England, New Zealand, and South Africa only once.

Stats are telling that Ashwin has shown terrific improvements in the away numbers. But more than numbers, a knowledgeable person might say the development of Ashwin cannot be described in mere numbers.

Just sheer confidence with which he bowls in away tours, it’s absolutely amazing. He is not afraid to try new deliveries and variations, which again describes how much confidence he has in his bowling. Sometimes cricket is more than any stats, it’s a feeling and Ashwin probably won the heart of many fans and experts not only through his bowling but batting as well. His intelligence on and off the field is beyond the reach of most of the guys playing this game. He is one of the legends of spin bowling.

Verdict: Who is best between Ashwin and Lyon

Overall numbers are on Ashwin’s side, while the numbers in South Africa, England, and New Zealand are on Lyon’s side. Ashwin has fewer sample points to prove his greatness over Lyon. It should not be a surprise to anyone if Ashwin outshines Lyon in the future as far as stats in the three countries are concerned.

In the last couple of years, Ashwin has grown to a certain stature in the cricketing world which puts him head and shoulders above the others.

Yes! Ashwin is the best in the business.