The SportsLiteSports at just one click!
HomeCricketLet's understand What is Umpire's Call and how it works in Cricket
CricketForever Facts Cricket is the religion in India and rarely do we see people in India not understanding the game of cricket. Let’s understand the mysterious umpire’s call.

Frankly speaking, it is one of the complicated games on the earth, and to an outsider is a hell of a game.

Test cricket, ODIs cricket, T-20s, T-10s, and now the Hundred, it has so many formats and each one has a new set of rules. It was acceptable for the different formats, but they use different balls for different formats, red, white, and pink. When you think, it’s easy to remember all types of balls, then comes Kookaburra, SG, and Dukes, it’s a complicated game, isn’t it?

However, Indian fans are pundits of cricket. From the 5-year child idolizing hitters and smashers to an elderly man who is still in the obsession with the early days of Indian cricket.

The only thing many Indians don’t understand is the DRS, soft signal and the umpires call. Okay, I admit, the entire cricketing fraternity has been baffled about all these reviews and DRS.

What is DRS- Decision Review System? 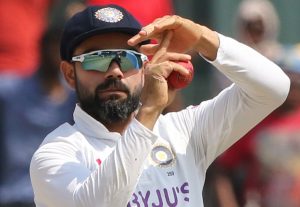 DRS, the Decision Review System, as the name suggests is the system by which you can ‘re-view’ the decision made by the umpire, if the system says the decision was right, of course, the decision stays. But if otherwise, then the third umpire overturns it.

What is LBW- Leg Before Wicket? 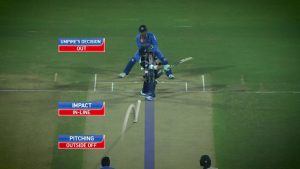 In the Leg Before Wicket or LBW, the rule has been introduced to deny batsmen to use their pads and obstruct the ball which could go on to hit the stumps.

What are the rules of LBW?

The DRS and the Umpire’s call

Every sport has been using technology for a while now. Tennis, badminton has a tracking system, while football has VAR and goal-line technology. In all these games, the criteria to give a certain decision is very straightforward and there are very few chances of any ambiguity. Cricket does not have such luxury.

So in simple words, cricket uses the combination of human decision and computer decision to get as accurate a decision as possible.

In a mere half of a second, the umpire has to have an eye on a no-ball, the pitching, an impact, and in the next second he has to make the decision. Though umpires go through rigorous training, still they are human and that’s where technology helps teams quite a bit.

Also Read: Who is the greatest Spin bowling artists: Ashwin vs Lyon

Let’s take an example of DRS

Appeal for LBW has been denied by the umpire. The umpire thinks it’s going down the leg side. The fielding team has now taken a review. Everything is fine, a legal ball, pitching in line, an impact in the line. The Hawk Eye shows that the ball is clipping the stumps and it’s an umpire’s call.

Now the ball is clipping and there is an umpire’s call, which means that less than 50% of the ball is hitting the stump.

Now in the same scenario, if more than 50% of the ball had hit the stumps, the decision could have been overturned. But in practice it is less than 50%, so even if the Hawk Eye shows the ball hitting the stumps and bails falling, still the batsman would be considered as not out.

If you have noticed, the on-field umpire’s call has been taken into consideration along with the verdict from technology.

No way in this world, the umpire would have been able to tell that the ball was clipping. He was in doubt whether it would hit or not and hence he adjusted batman as not out. People say, the Hawk-Eye shows its hitting and the decision should be changed, but again as the technology is not 100% right, it also can miss the stumps. So it is the combination of human judgment and technology.

The same theory is applicable for the pitching of the ball and an impact.

What is people’s and fans opinion on Umpire’s Call? 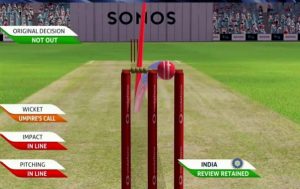 People think, if it’s hitting the stumps, the bails are falling, then it’s absolutely out. Even Virat Kohli and some other greats of the game have shown their disagreement towards the umpire’s call.

In the example, if 49% of the ball had hit the stumps and if we didn’t consider what was the on-field decision, then it could lead to more controversy. The Hawk Eye showed 49%, but again as the technology is not 100% accurate, it could be 51% or 45 % too. To take such marginal calls, there should be some reference. In cricket, the on-field decision is taken as the reference.

If we started to not consider the on-field decision, it leads to zero significance to umpires. Hence, it would be too harsh on the umpires.

Why 50% of the ball should hit stumps in Umpire’s Call? 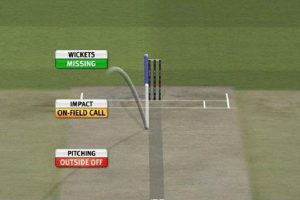 In the same example, let’s say if 65% of the ball had hit the stumps as per Hawk-Eye. Then the decision would get overturned. The 50% line differentiates the straightforward decision and marginal decision. The umpire was in doubt and hence had given not out, but if technology showing 65 % hitting the stumps, then it is no longer a marginal call. The umpire has made an incorrect judgment, which should get overturned.

What is the Umpire’s soft signal in cricket? 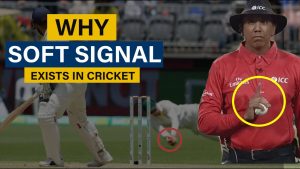 Another debate is the soft signal while catching. Just as in LBW, no way the umpire could tell whether the ball had bounced before a low catch or not. The less clear images during slow-motion add to the ambiguity. Hence the on-field call or soft signal is the reference to make a decision.

The DRS has been introduced to take the howlers out of the game. The technology has been successfully getting rid of the howlers.

The technology is doing what it is supposed to.

As far as marginal calls are concerned, neither umpire nor the technology could make a 100% correct decision. So both of them go hand in hand and try to go towards 100% accuracy.

We can only hope in the future the technology will become 100% accurate.

Practically it’s perplexing to see bails dislodging but still, batman is adjusted not out. This thing certainly is not doing any good for the spread of cricket, especially in non-cricketing countries.

But this is how the game goes and we should accept it as it is.

Thank you for reading this article on The Sportslite.