In terms of medals, the 2020 Olympics in Tokyo was India’s best. India finished 48th on the medal tally which is its best-ever finish. However, Indian athletes still missed out on at least five instances to make India’s medal tally look more impressive.

Deepak Punia stormed into the semi-finals with two wins and was just two wins away from clinching a gold medal. However, in the semis, the Olympic debutant at just 22, ran into eventual gold medal winner David Taylor of USA.

Deepak lost the bout by technical superiority but still had a shot at a bronze medal. He led the bout against San Marino’s Myles Amine but lost the lead in the final ten seconds, giving away a takedown to lose the bronze medal match with barely any time left. 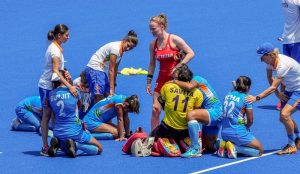 The women’s hockey team‘s story was straight out of a Bollywood flick. Captained by Rani Rampal, India delivered their best-ever performance at the Olympic Games by making it into their first-ever semi-finals.

India was ranked ninth coming into the tournament and punched above their weight to reach the semi-finals. They stunned higher-ranked Australia in the quarter-finals and suffered a close 2-1 defeat to Argentina in the semi-final.

Still, in contention for bronze, India had to endure another narrow loss against Great Britain, this time by 5-4. It was an inspirational campaign as Sjoerd Marijne coached the team repeatedly punched above their collective weight.

Aditi Ashok also missed Bronze by just one step, while giving the best Indian performance till now in olympics 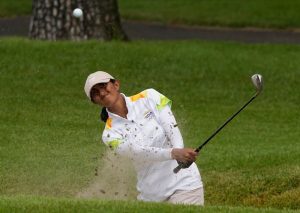 Indian golfer Aditi Ashok ranked 200th in the world went to Tokyo Olympics without any expectations. However, Aditi’s turned out to be a surprise package as she came agonisingly close to clinching the historic Olympic medal at the Tokyo 2020 in women’s individual strokeplay.

Aditi finished 15 under and had to hit a birdie in the 72nd hole to force a bronze medal playoff with Lydia Ko. However, she failed to do so after rain interrupted her momentum.