The SportsLiteSports at just one click!
HomeHockeyIndian Men's Hockey team, the most successful team ever of Olympics
HockeyTokyo Olympics 2020 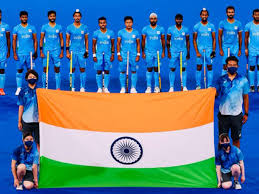 Indian Men’s hockey team have won a total of eight golds, one silver, and three bronze medals at the Olympic Games. India’s bronze in Tokyo was its 12th medal at the multilateral event.

India has always underperformed at the Olympics. But hockey is a game where India still is the most successful country when it comes to the number and color of Olympic medals. The country which is second to India is that of Germany, whom India ironically beat to win the bronze medal at the recently concluded Tokyo Olympics.

Here’s a low down of India’s Olympic medals in hockey. 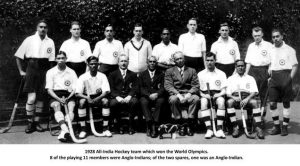 Indian men’s hockey team won their first medal in Olympic hockey by beating Netherlands 3-0 in the finals of the 1928 Amsterdam Olympics. This was also India’s first gold medal ever at the Olympics. And was a start of a saga of gold medals for India in this sport.

India successfully defended their title four years later in Los Angeles and bagged consecutive gold medals in the Olympics. In the Los Angeles Olympics in 1932, India defeated the USA 24-1. This continues to be the biggest margin of victory in the history of Olympics hockey.

This was a particularly embarrassing defeat for the USA as these Olympics were held in LA. 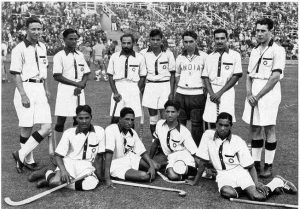 The Dhyan Chand-led Indian side completed a hat-trick of golds in the Olympics by beating Germany 8-1. This is the biggest margin in Olympics hockey finals – in front of their home crowd in Berlin in 1936. India defeated Germany in front of a boisterous home crowd. 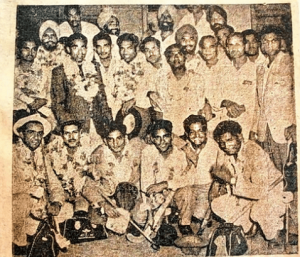 India continued their domination in the Games despite canceling of 1940 and 1944 due to the Second World War. This was India’s first medal in Olympics after independence. Also, this made it sweeter was the fact that they had beaten Great Britain 4-0 in the finals.

This for sure was one of India’s sweetest wins post-Independence. 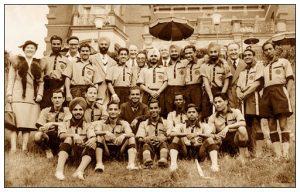 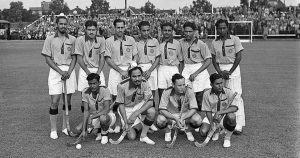 In what was marked as the beginning of the battle between the arch-rivals, India beat neighbors Pakistan 1-0 in the finals in Melbourne to win another gold. This was the start of a bitter-sweet rivalry between the two neighbors in hockey.

They went on to face many more times at marquee events, 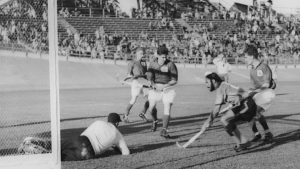 The 0-1 loss to Pakistan ended India’s six straight Olympic gold-win in the Rome Olympics in 1960. The Indian men’s hockey team had to be satisfied with silver.

This was a particularly heartbreaking defeat due to the margin and the opponent it came against. 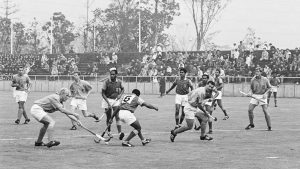 India came back strongly in the next Olympics held in Tokyo and beat Pakistan in the finals to bag their seventh gold in the Olympics.

India took its revenge over its neighbor by defeating them for another Olympic gold. 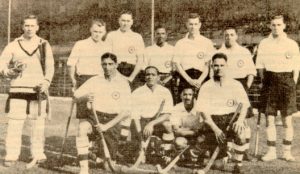 This was the first time that the Indian team failed to make the finals of an Olympic. They were beaten by Australia in the semi-final and had to be settled with a bronze after beating West Germany.

This was a huge shock for the International sports community as not long ago India was being regarded as the invincibles. 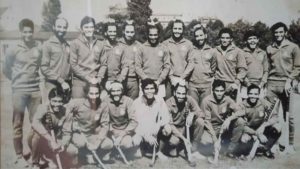 India once again failed to make it to the finals of the Olympics after they were beaten by Pakistan in the semifinals. India beat the Netherlands to claim their second bronze.

What made the bronze medal hard to digest was the fact that the arch-rivals Pakistan ousted the Indian team out of the finals race. 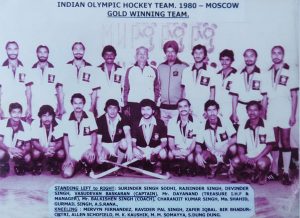 In the Olympic Games played in a format that did not have semi-finals, India beat Spain in the finals to claim their 8th gold medal in Olympics.

This was a peculiar Olympic Games, as many countries had boycotted the Soviet Union and in a truncated field India managed to bag a gold to cut short its run of two straight bronze medals in the last two games.

India team other than a debacle against Australia played really well on their way to the semi-finals.

The Indian men’s hockey team played out of its skin to keep the score leveled by the start of the last quarter. But that is when Manpreet gets a yellow card. After which India couldn’t hold off the Belgian attacks and concede three goals.

India later beat Germany 5-4 and as a result, the team India won their 12th medal in the Olympics, a bronze after 41 years.