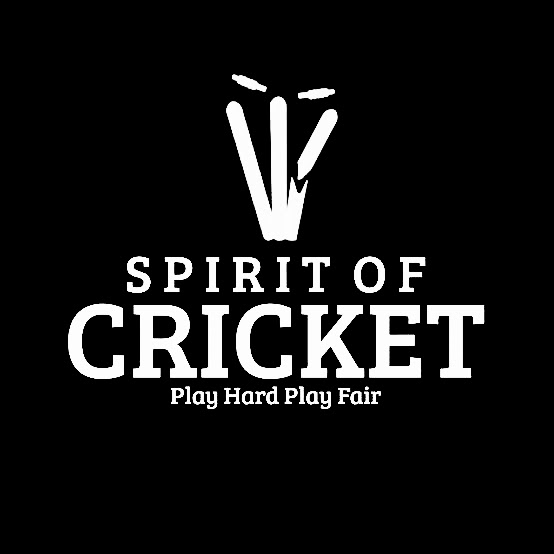 Is the cricketing world overemphasizing the ‘Spirit of the Game’?

Ravichandran Ashwin, an Indian spin bowling maestro is revered by many around the world. This regard is not only for his skillsets but also for his good head on his shoulders. However, he has been in the thick of things when it comes to the so-called ‘Spirit of the Game’. Butler’s run out and the recent incident between Ashwin and KKR players has portrayed Ashwin as a desperate cricketer, however in reality he hasn’t violated any rule of cricket. So why all this fuss? What is the Spirit of the Game? Is there any term called ‘Gamesmanship’? Is the gamesmanship no lesser than cheating? In this article, we will see the detailed analysis of Gamesmanship and Spirit of Cricket.

The thing which makes the issue multifaceted is that the terms ‘Spirit of the Game’ and ‘Gamesmanship’ are all intertwined and there is a very fine margin between the two.

The spirit of the game

According to MCC, ‘respect is central to the spirit of cricket.’

The term implies ethical behavior on and off the field. It gives importance to ethics rather than just adhering to the laws of the game. When the batter walks off even though the umpire has adjusted him not out, it is the act of SOC. The rule says a player should respect the umpire’s decision. The umpire has given him not out, but still the player is walking towards the pavilion, what does it mean? It means he has disrespected the umpire’s decision. However, while doing so, the batsman has also halted his innings and he has only himself to blame at.

So in simpler words, to be a morally correct bloke, neither obeying the umpire’s decision nor doing any good to your team and while doing so giving advantage to the opposition is the Spirit of Cricket.

The other aspect of SOC is respecting the umps call even though you feel you are hard done by. NZ could have protested, could have complained in the Final of WC2019 when the ball ricocheted off Stokes’ bat and went for four. But they didn’t. They respected the umpire’s decision.

They could have gone berserk, could have asked the umpire to change the decision. But they didn’t.

England did carry on and won the WC with the smallest of the margin. Here, NZ showed the SOC and England exhibited the ‘Gamesmanship’.

Also Read: Top 10 Greatest off spinners of all time

According to Google, gamesmanship is ‘the art of winning games by using various ploys and tactics to gain a psychological advantage’.

According to Wikipedia, gamesmanship is ‘the use of dubious (although not technically illegal) methods to win or gain a serious advantage in a game or sport’.

The term ‘dubious’ might color the gamesmanship in the color of evil, but in practice, there is zero evil in gamesmanship, unless the player has gone too far.

During the last 15 minutes of the day in a Test match, the batter takes their own sweet time to get ready. They demand new gloves, bats, drinks, will have a chat with a partner, they might take a new guard, so on and so forth. Why do they do this? They just want to face one over less before the end of the play.

Sledging and banter have always been part of cricket. The fielders want to get under the batter’s skin and it’s perfectly fine until you don’t cross a certain limit.

Sometimes, fielders and bowlers do know the batsman is not out, but they still appeal, only to pressurize the umpire.

All these examples are nothing but incidents of gamesmanship. The above-mentioned things might be the smallest and of less importance to many, but if they don’t happen, cricket would surely lose its spice.

Gamesmanship in simpler terms means unethical behavior which is perfectly within the laws of the game. Though it is harsh to categorize the above-mentioned incidents into ‘unethical’ categories, as the definitions of Gamesmanship and Spirit of Cricket vary from person to person, it is important to describe them in a generalized manner.

Though cricket is a gentleman’s game, it has had its share of cheating incidents. Those are well documented and let’s just not talk about those unpleasant moments.

Also Read: Who Is The Greatest Spin Bowling Artists: Ashwin Vs Lyon?

The two sides of a coin :- Gamesmanship and Spirit of Cricket

Most of the time, when an incident takes place in the vicinity of Spirit of Game and Gamesmanship, people and fans are generally biased about their opinion.

Indians praised MS Dhoni when he called Ian Bell back on the pitch. The MSD’s act was SOC, though there was no need for it. If MSD had not called Bell back, people would have appreciated the gamesmanship and Indians would have still loved it despite their obsession with so-called the Spirit of the Game.

The run out of Butler by Ashwin was hailed by all Indians. Every Indian appreciated it. Ashwin didn’t breach any law of cricket and it was in all fairness. However, the English media and fans saw it differently. They criticized Ashwin for not displaying the SOC. Well, to be honest, a batter has no right to leave his crease before the ball is delivered, so from where does the SOC come in?

There is a myth going around the cricketing world that bowlers should warn the batsman before appealing for such a runout. In practice, the warning doesn’t exist. If the batter is out of the crease before the ball being released and if bowlers clip the bails off, the batter is out.

This myth is going around just because in the past some players have spoken out that this kind of dismissal doesn’t fit into the SOC, it’s an unethical behavior. That’s fine. But does that give any right to the batsman to run a yard less? No! absolutely not.

Let’s just flip the situation and bring any Australian at Ashwin’s place and any Indian batter at Butler’s. If that had been the situation, the Indian fans and social media would have treated Aussies as criminals and would have disrespected them in a disgraceful manner. Why so much hate towards Aussies?

The simplest answer is Australia has always prioritized Gamesmanship ahead of the Spirit of Cricket. They have won numerous matches with this modus operando. People think that it is crooked, it’s a sin, but it isn’t.

There has been a lot of endorsement for displaying the SOC, many legends of cricket back the idea and the act of SOC. However, even these legends had also shown gamesmanship on many occasions during their playing days. IPL has its fair play award to encourage players to play in the right spirit, but who would want to give any advantage to the opponent in an already tight league where there is a fight for each inch. SOC is a capricious thing, it can be easily manipulated as per one’s need. When to show SOC depends on a lot of variables and not showing SOC is also a kind of Gamesmanship, isn’t it?

‘Play hard’ means give everything that you have to grind out the result. ‘Play fair’ means play within the laws of games.

The SOC is a brilliant act when the match is finished. It’s great to say well played to the opposition, congratulate them or commiserate with them. But it’s only after the game has ended.

Ultimately, there is a match to win and not the heart of fans. So do choose wisely.