Know all about Shahrukh Khan, the Tamil Nadu cricketer & addition to Punjab Kings 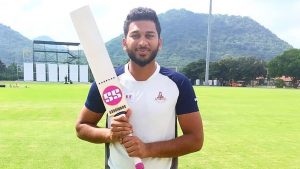 Shahrukh Khan was born on 27 May 1995 in Chennai. He was sensational at a very young age. He was among the best in the Tamil Nadu state as he had represented Tamil Nadu at U-16, U-19, and U-22 levels. In U-19 Cooch Behar Trophy he had accumulated 624 runs and also had 18 scalps. Despite the magnificent performance, he was kept away from India’s U-19 World Cup Squad in 2016. This was a big blow for him.

As the cliché says ‘Whatever happens, happens for the best. In practice, the exclusion from the World Cup Squad gave him a chance to represent his state in the Vijay Hazare Trophy.

Shahrukh has a well-built body that generates a lot of power. Of course, he is famous for his power-hitting. He can also roll his arm over as a right-arm off-break bowler. 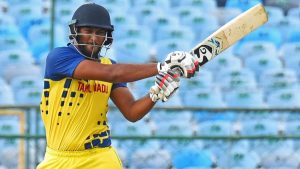 The power-packed game and ability to hit sixes at will compelled Punjab Kings management to buy him. Punjab bought him at a huge price of 5.25 crore. Many would have seen the viral video of Shahrukh Khan watching the auction in the team bus of Tamil Nadu while every team member cheered for each bid. 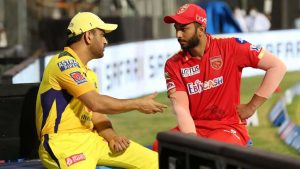 The IPL debut came on 12 April 2020 against Rajasthan Royals when he scored 6 off 4 balls. Throughout the first half of IPL 2021, Shahrukh never got an opportunity to bat up the order. In the 7 IPL games, she has scored 107 runs at an average of 21.40, striking at 127.38. Despite the lower batting position, in 7 matches he was a top scorer on 2 occasions.

We wish him the best for the remaining games of IPL 2021.