The SportsLiteSports at just one click!
HomeCricketRoyal Challengers Bangalore - History, Players, Records and All you need to...
CricketIPL

Royal Challengers Bangalore – History, Players, Records and All you need to Know 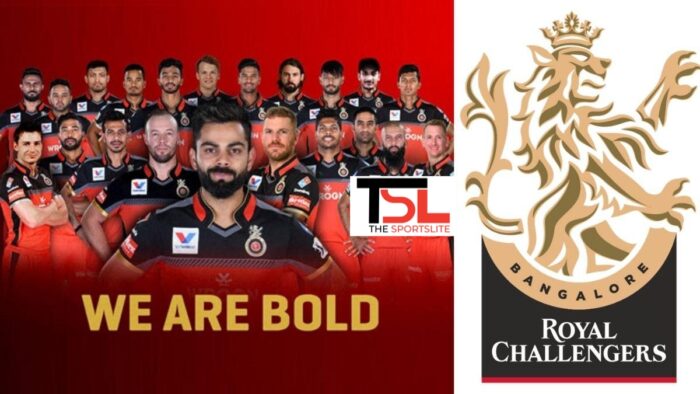 Royal Challengers Bangalore has been the most followed and most popular franchise in the IPL. Numbers may or may not back this statement, but People have always been curious about RCB’s performance. They have all match-winners, but rarely did they play as a team, and results? The IPL Trophy has kept eluding them for season after season. 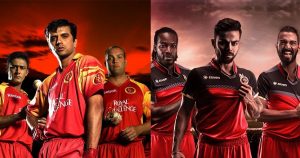 The Bangalore franchise was purchased by Vijay Mallya, who paid US$111.6 million for it. This was the second-highest bid for a team after Mumbai Indians. 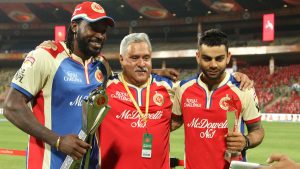 RCB had the likes of Rahul Dravid, Jacques Kallis, Anil Kumble, Zaheer Khan, Mark Boucher, Dale Steyn, and Cameron White in their team. Dravid was the icon of the team and the captain of the team. The captain, in the first season, did lead from the front scoring 300 runs. But other big names couldn’t even come closer to Dravid’s scores. They finished the inaugural season at 7th position.

Anil Kumble, another Karnataka man, and Indian legend led them in the 2009 season which they ended up as runners-up. In 2010, Kumble led them to the Semi-Final of Champions League Twenty20. 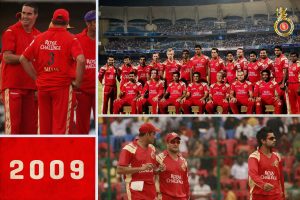 New Zealand’s ace spinner Daniel Vettori captained the side for a few seasons. From 2011, RCB started to accumulate the modern greats of the game. They bought Tillakaratne Dilshan, Chris Gayle, AB De Villiers. They were all hard-hitting batsmen and obviously, the crowd got fascinated by RCB’s performance. In 2011, they again lost in the Final.

Virat Kohli has been an RCB player since 2008. Sharing a dressing room in the early years of his career with legends of the game helped him massively to achieve what he has achieved today.

In 2014, RCB announced him as a captain of the side. He had already led Team India in the absence of MS Dhoni in the Test series. 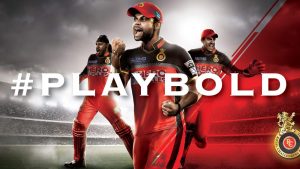 Under Virat Kohli, RCB bought big players by spending big money. Yuvraj Singh and Dinesh Karthik were two big-budget buys. They had Australia’s Mitchell Starc. However, the change in personnel hadn’t had the desired outcome they were looking for.

When Virat Kohli was going through his purple patch, RCB ended up as runners-up. Virat Kohli plundered a little short of 1000 runs in the season. He had the dream IPL as a batsman, but the team person inside him would have been frustrated as the chance to win the title escaped once again.

Witnessing the batting of RCB has always been mystifying. The flicks of Kohli, gigantic sixes of Gayle, ABD’s incredible shots, jaw-dropping running between the wickets, terrific fielding, RCB have had everything, but they lacked in the bowling department.

They play half of their games at the batsman-friendly Chinnaswamy Stadium, which boosts their batting, but on the other hand, their bowlers go through nightmares. So, their bowlers take pounding for at least 7 matches while the other team’s bowling faces it definitely for less than seven occasions. 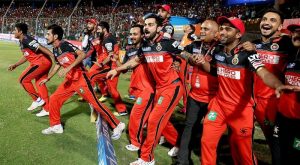 They finished the 2020 season in 4th place and they are doing quite well in the 2021 season.  When the IPL had been halted, they were in 3rd place.

Whatever amount of cricket that has been played over this halted season has been promising cricket for RCB. Many experts had predicted this would be RCB’s year, but the long break can do some weird things.

We hope RCB will end their drought of trophies this season.

On 23rd April 2013, at Chinnaswamy stadium, the Universal Boss Christopher Henry Gayle bludgeoned the Pune Warriors by scoring unbeaten 175 from mere 66 balls with 17 sixes and 13 fours. This incredible knock took RCB to the record team total of 263/5. 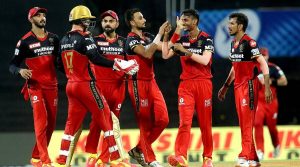 The 2016 IPL would be remembered for the batting brilliance from RCB’s ABD and Virat Kohli. Together, they scored 5 hundred in a season, which is the most number of individual hundreds by any team in a single season. Kohli had 4 of them, who piled on runs and ended the season with a mountain of 973 runs at an enormous average of 81.

Can you imagine a batting partnership of more than 200 runs in a T-20 match? To a great astonishment, it did happen in IPL. Virat Kohli and ABD shared a prolific partnership of 229 runs for 2nd wicket. The slaughtered Gujarat Lion’s bowling lineup.

Most runs for Royal Challengers Bangalore

Most wickets for Royal Challengers Bangalore