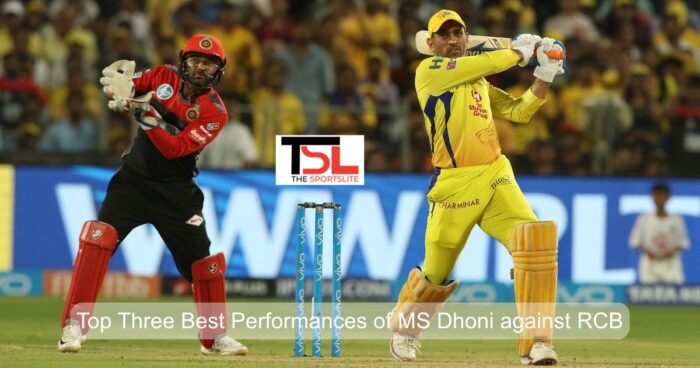 Known for his splendid captaincy, MS Dhoni is one of the most loved cricketers. Therefore he is admired by countless young cricketers all around the globe. His unorthodox batting style and the famous blistering helicopter shot holds a special place in everyone’s heart. Being the skipper of CSK, he has guided the team perfectly to become one of the strongest IPL teams. So now let’s have a glimpse of his best knocks against RCB. 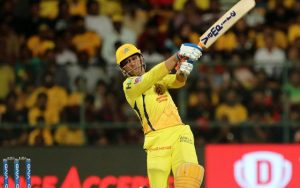 In 2019, Dhoni smashed an audacious knock of 84 runs just off 48 balls at a strike rate of 175. He knocked down the bowlers and smashed 5 fours and 7 sixes. Although he remained not out, CSK lost the match by 1 run. However, this is still the highest score of MS Dhoni in IPL history and has a special place in the heart of cricket fans. In the 24th match in 2018 IPL, RCB managed to set a massive target of 206 for CSK but everything seems possible until Dhoni is at the crease. He smashed an audacious knock of 70 runs just off 34 balls at a strike rate of 205. He smashed 1 four and 7 sixes to seal the game. After such a power-hitting performance CSK managed to chase down the target in 19.4 overs winning the match by 5 wickets. 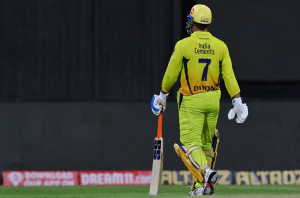 With brilliant knocks by Virat and Gayle, RCB set a total of 205 losing 8 wickets against CSK. So while chasing, Faf Du Plessis delivered an impressive knock of 71 runs which helped the team to maintain a hold on the game. After this, the skipper smashed a gutsy knock of 41 runs off 24 balls to increase their chances of winning the match. Although he was dismissed by Zaheer Khan, CSK won the match by 5 wickets.