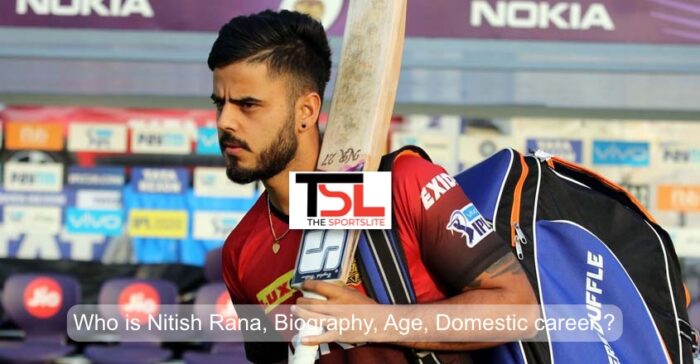 Born on December 27, 1993, in Delhi, Nitish Rana is an Indian sporting cricketer. He is an aggressive left-handed batsman and also a right-arm off-spin bowler. He used to play for Delhi in domestic cricket and currently plays for Kolkata Knight Riders in IPL. 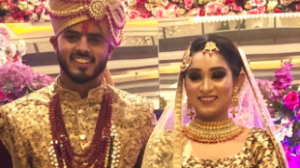 Nitish’s father, Dara Singh Rana is a maths professor in a college. His mother’s name is Satish Rana and his elder brother is Ashish Rana. He married his girlfriend Saachi Marwah, an interior designer in February 2019.

He did his schooling at DAV Centenary Public School and then joined Vidya Jain School where he played cricket from 2008 to 2010. Nitish Rana is a man with immense potential and he proved himself during his first-class debut in the 2015-16 Ranji Trophy. He ended scoring 557 runs with an average of 50.63 and became the leading run-scorer for the team. He was also his team’s second-highest run-scorer in the 2015-16 Vijay Hazare Trophy. Furthermore, he smashed 299 runs in 8 innings with an impressive strike rate of 175.88. Ups and downs are part of everyone’s life and so was with Nitish Rana. In 2015 BCCI banned Nitish Rana in the case of age fudging along with 21 other cricketers. 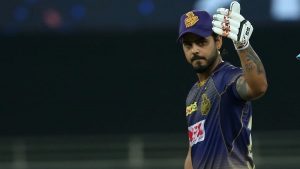 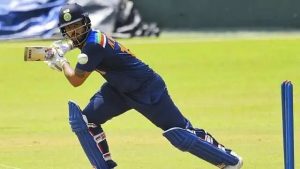 After having a roller coaster ride in domestic and league cricket, in June 2021 he got the call for his T20 and ODI debut for India. He played his first ODI against Sri Lanka on 23rd July 2021 and T20 on 28th July 2021 against the same, although he failed to perform as per expectations.

Nitish Rana has still a lot to explore and a lot has yet to come from the youngster.