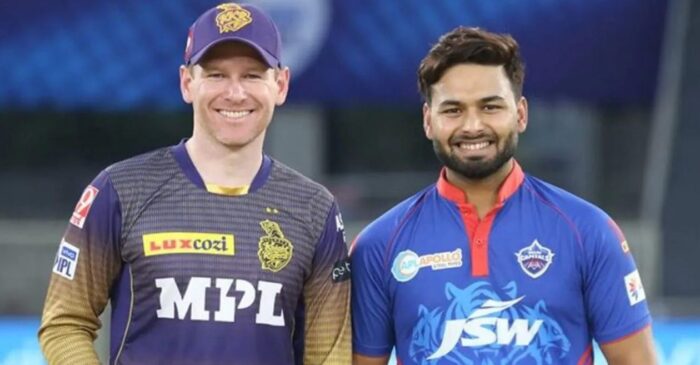 One of the most underrated rivalries in the IPL, the Delhi Capitals and the Kolkata Knight Riders are set to go head-to-head against each other in the 2nd Qualifiers of the Vivo IPL 2021. The two metro cities have been constantly trying to get one up on the other ever since the dawn of the IPL. As a result of which, we’ve seen some nail-biting showdowns from the two. Delhi’s repackaging in 2019 has completely revamped the side. The Capitals’ consistent performances in the past few years have made them a force to be reckoned with. Kolkata; on the other hand, look more focused than ever with their newfound motivation in the second leg of the tournament. There is no second-guessing the fact that we’re in for a treat. In conclusion, here’s an article showcasing the DC vs KKR head-to-head IPL record.

The Delhi Capitals and Kolkata Knight Riders have locked horns in 30 IPL Matches as of yet. KKR is slightly ahead of DC in their rivalry with 15 wins. DC is not that far behind KKR as the Capitals have 14 wins to their name as well. In addition to this, one of the encounters got washed out due to rain.

Top Performers as Batter in DC vs KKR rivalry

Shreyas Iyer is ruling the charts as-far-as the batting stats of the T20 games between the two behemoths are concerned. The 26-year-old has scored an impressive 570 runs, followed by Prithvi Shaw (323) and Andre Russell (276). Similarly, As far as the bowling department is concerned, Sunil Narine (22 wickets), Amit Mishra (12 wickets), and Kagiso Rabada (9 wickets) are among the top performers.

In the first half of the competition, the two teams battled it out at the Narendra Modi Stadium in Ahmedabad. The coin landed in DC’s favor and skipper Rishabh Pant opted to field. KKR got off to a mixed start with Nitish Rana, Shubman Gill, and Rahul Tripathi making handy contributions in the top order. However, the middle-order failed to give the command to DC. Andre Russell smashed a quickfire 45 in the end overs as KKR posted 154/6. DC didn’t break a sweat in crossing the line although the target seemed challenging. Opener Prithvi Shaw, who scored six boundaries in the first over, put up a batting exhibition and played a stunning knock. His 41-ball 82 knocked KKR out of the contest. In addition, Shikhar Dhawan also contributed with a well-paced 86 as the Capitals crossed the line in 16.3 overs, winning the game by seven wickets.

In their next encounter at Sharjah, KKR skipper Eoin Morgan won the toss and opted to field first. The lack of Prithvi Shaw’s aggression was felt as the impromptu pairing of Shikhar Dhawan and Steve Smith failed to give DC a fiery start. Wickets kept falling from one end as Rishabh Pant (36) fought with great bravado. None of the batsmen apart from the ones mentioned could score double-digit figures as DC’s sluggish innings were halted at 127/9. Lockie Ferguson, Venkatesh Iyer, and Sunil Narine grabbed a brace each for KKR. Kolkata was never really out of the game in spite of the sluggish start to their innings. Sunil Narine’s 10-ball-21 boosted KKR’s innings while Nitish Rana (36* off 27) played the anchor. Above all, KKR emerged victorious with 3 wickets and 10 balls to spare. Sunil Narine was adjudged Man-of-the-Match for his all-around performance for the Knight Riders.