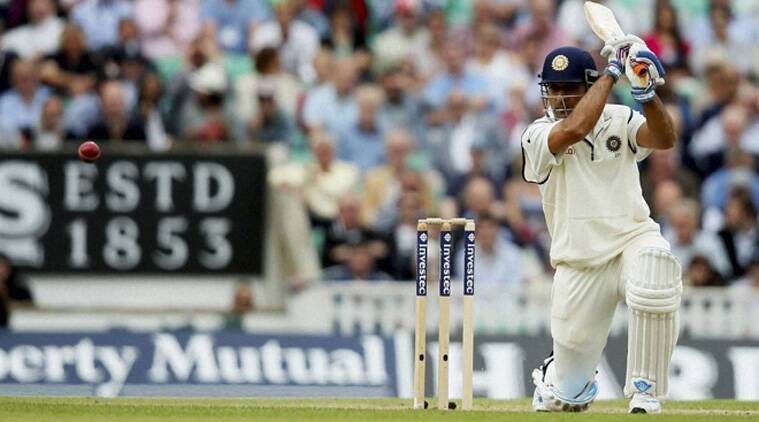 One of the greatest wicket-keepers to ever lace a pair of boots, the legend of MS Dhoni still remains unparalleled in cricket. The former Indian skipper has wowed us with his outlandish feats of brilliance on the field over the last decade and a half. Owing to his innumerable accomplishments, MS continues to be one of the most decorated athletes in the world of sports. Despite a vastly successful career, Mahi’s impact in test cricket is often overlooked. On his heyday, Dhoni was a fearsome batter in his own right. The Ranchi-born also has multiple test centuries to his name as well, despite batting primarily in the lower-middle order. This article provides an insightful look at the top five MS Dhoni Test innings.

India seemed to have lost their way midway through the innings while chasing the 380-run target after losing 5 wickets for just 145 runs. All hopes relied on the shoulders of VVS Laxman and MS Dhoni; who was on his first tour of England. After Laxman’s dismissal, MS Dhoni took all responsibilities upon himself and battled through adversity on the final day. In this kind of situation, the world witnessed a completely different MSD, as he played with utmost responsibility aiming to save the Test. His patient innings of 76 from 159 balls well accompanied by the tail-enders ensured a valuable draw for India. It was indeed the very first sight of his calmness and composure on a cricket field.

MS Dhoni announced his arrival in Test cricket by scoring a fascinating ton against India’s notorious neighbors. In a high-scoring match against bitter rivals Pakistan, Dhoni kickstarted his test dominance with an iron fist. The Ranchi-born annihilated the strong Pakistani attack and reached his maiden century in the longest format of the game. In addition to this, his splendid innings of 148 runs consisted of 19 fours and 4 blistering sixes. Building up a partnership with Irfan Pathan (90), Dhoni boosted India’s total to 603 in response to Pakistan’s total of 588. Owing to such grand totals, the game unsurprisingly ended in a draw.

After losing the first test match, the Indians walked into the Eden Gardens with their backs against the wall. South Africa was in the midst of a golden era where they had dominated some of the best sides at their home turf. However, MS Dhoni’s men had other ideas. Bowling out the opposition for 296, India gained the upper hand in the battle courtesy of two glorious hundreds from Tendulkar and Laxman. The Indian skipper joined the party himself and chipped in with the runs as India’s lead kept on extending. After that, Mahi took to the Proteas with great intent and formed an unbeaten 259-run partnership with VVS Laxman (143). Dhoni also registered his 4th Test century in the process as he walked back to the dressing room with an unbeaten knock of 132.

His outing with the willow included 12 fours and 3 huge sixes as India went on to post a stellar total of 643/6. Dhoni and his men were also able to fend off the resilient South African fight back and level the 2-match series one all.

Centuries from Dravid and Laxman set the stage on fire as India was manhandling the Caribbean bowlers in the second test match of the 2011 series. However, there was still no rest in sight for the Windies as MS Dhoni was yet to arrive. Coming to bat at number 7, the Indian skipper showed no remorse to the opponent team. Hitting boundaries left, right, and center, the talisman lit up the Eden Gardens. Dhoni reached his hundred in no time as he helped India post a humongous total of 631. In conclusion, the captain hit 10 fours and 5 massive sixes on his way to score a sensational 144 runs. As a result, India beat West Indies by an innings and 15 runs and comprehensively won the series.

Also Read: Dhoni Best 5 innings of all time in all formats

In 2013, MS Dhoni created history by becoming the first Indian wicket-keeper to score a double century in Tests. Considered to be his home away from home, “Thala” treated his Chennai fans with a blitzkrieg of an innings. Forming two century-plus stands with Virat Kohli (107) and Bhuvneshwar Kumar (38), MS went on to score a mesmerizing double century. Mahi’s masterclass included 24 fours and 6 sixes as the then 31-year-old catapulted his side to take a huge 192-run-lead. In addition, his magnificent innings of 224 helped India overcome the Aussies by eight wickets in the infamous MA Chidambaram Stadium. This still remains one of the best innings in the history of the prestigious Border-Gavaskar Trophy.