The SportsLiteSports at just one click!
HomeCricketExclusive! Ravindra jadeja and Shubhman gill will not be part of SA...
Cricket

Exclusive! Ravindra jadeja and Shubhman gill will not be part of SA series – Reports 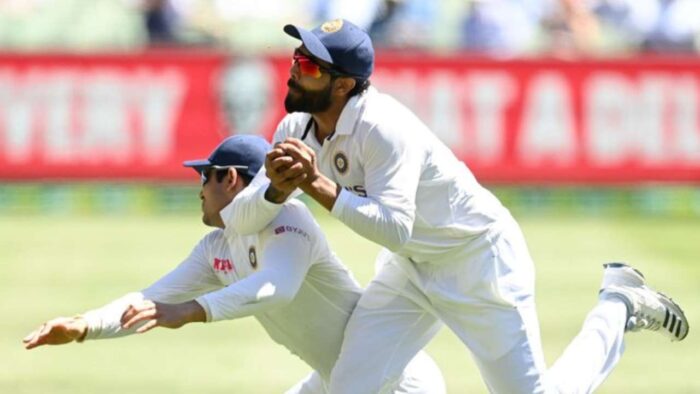 India tour of South Africa: A colossal Proteas challenge awaits Team India in South Africa. Team India will play 3 Tests, and 3 ODIs against Proteas. The tour will kickstart with the Boxing Day Test Match which is part of the ICC World Test Championship (WTC). Markedly, India has never won a Test Series in South Africa and to add more misery to this, the participation of several players looks hazy due to injuries. According to reports, Ravindra Jadeja And Shubhman Gill Will Not Be Part Of SA Series

Injury concerns ahead of the SA tour

If reports are to be believed, four of India’s mainstays may be ruled out of the upcoming South Africa’s tour. The four names include Ravindra Jadeja, Axar Patel, Shubman Gill and Ishant Sharma. Reports have suggested that injuries to several players is what has prompted the BCCI senior selection committee to delay naming the squad for the tour of South Africa.

Ravindra Jadeja and Ishant Sharma did not play in the second Test against New Zealand in Mumbai due to injuries. According to the Indian Express report, Jadeja is suffering from a ligament tear. On the other hand, Ishant’s finger is dislocated. Jadeja’s injury may take months to heal. If he undergoes surgery, then he will be able to recover only around IPL 2022.

In Jadeja’s absence, Axar Patel delivered a tremendous performance with the ball and bat in the second Test against New Zealand. Axar is alsoreported to be troubled by a stress fracture. It will take at least six weeks for him to recover. The selectors will take the final call on whether to send Axar to South Africa based on medical assessment after his scans. Notably, Axar had a dream start in Tests earlier this year when he spun his web around the English batting line-up and took 27 wickets.

If Jadeja and Axar fail to recover timely, which seems the most likely case, then Ravichandran Ashwin will play as the leading Spinner. Given the experience Ashwin brings to the team there is rarely a need to play more than one specialist spinner in the pace-friendly conditions of SA.

Shubman Gill also suffered an injury and is unlikely to go on the South Africa tour. Gill’s leg injury has resurfaced in the Mumbai Test against New Zealand. Gill was also injured during the England tour. After that, he had to leave the tour. He also suffered an injury on his left hand in the Mumbai Test. Shubhman Gill collided with Jadeja while going for a catch. After this, he did not field and also came down to bat in the second innings at number three. However, with Rohit, Rahul, and Mayank Agarwal available as the opener, the Indian Team has no paucity of an Opener.

It is worth noting that Team India is riding high on confidence with three wins from 6 matches in the second cycle of WTC. India has lost a solitary match in this WTC and is placed comfortably on the third position. While South Africa is yet to kick off their campaign. But, if Jadeja and Gill will not be a part of the SA series, it may become arduous for the Indian Team to defeat SA in their backyard.

Also Read: Exclusive: Sara Tendulkar Made Her Modeling Debut With This Commercial, Watch