The SportsLiteSports at just one click!
HomeCricketRavindra Jadeja Net Worth, Salary, Cars, Properties and Brand Endorsements
CricketNet Worth 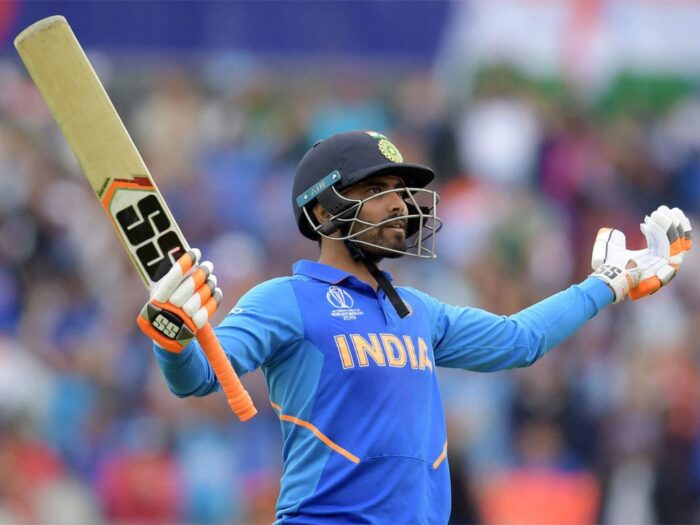 For a country that has always lacked fine quality all-rounders, India was blessed with Sir Ravindra Jadeja. The left-hander has been detrimental to India’s success in the last decade and continues to do so at the age of 32. Standing by the testimony of time, Jadeja has been performing in front of the bright lights since 2006. Ravi has earned quite a lot of fame and wealth in his long and vastly successful journey. This article gives a detailed insight into the net worth of Ravindra Jadeja.

Jadeja belongs to an elite class of players who’ve represented their country in two editions of the Under-19 World Cup (2006 and 2008). The all-rounder was given the India cap the following year owing to his splendid performances with the bat and ball. Jadeja was one of the youngsters that former skipper MS Dhoni had long-term plans for the future alongside Virat Kohli and Rohit Sharma. Despite missing out on the World Cup squad in 2011, Jadeja became a prominent figure in the Indian squad across formats.

His outlandish performances in the 2013 Champions Trophy made him the Man of the Tournament. Jadeja was given the title of “Sir” during the aforementioned event. Contributing for his side across all formats of the game, Jaddu became one of the best all-rounders in the world. However, Jadeja was among the list of players who got axed following a humbling Champions Trophy defeat to Pakistan in 2017. Sir Jadeja toiled hard in the domestic scene and put in the hard yards in the field as he went from undeniable to undesirable. A new and improved Ravi Jadeja was exactly what the doctor ordered for the Men-in-Blue as India look vastly improved with his inclusion. Presently, Jadeja is a part of the Indian squad for the T20 World Cup where he’ll represent the Indian contingent on their quest to reclaim their crown.

Ravindra Jadeja is a part of the Grade A cricketers as announced by the BCCI in 2021. As per the terms of the contract, the Gujarat-born is guaranteed an amount of INR 5 Crores a year. However, this does not include the match fees he is paid for representing his country after every match. Jadeja is also an integral part of the IPL giants CSK as he’s been representing the Men-in-Yellow since 2012. He was retained ahead of the 2018 mega auctions by the Chennai-based franchise for an annual salary of INR 7 Crores.

Jadeja is known for his love for cars, bikes, and horse riding. Jadeja owns a wonderful collection of cars, though not quite exquisite as compared to other celebrities and sportspersons in the country. Currently, he owns a black Hyundai Accent and a white Audi A4. Jaddu also owns a Hayabusa bike, which is one of the best racing bikes.

Ravindra Jadeja has a posh four-story bungalow in Jamnagar where he lives. The bungalow has a royal vibe to it and it has vintage fixtures and features right from the doors to the chandeliers. The interiors of his house are decorated in grand fashion like those of the kings of yore. Jadeja also owns a farmhouse in Jamnagar which is featured in many of his Instagram posts. Apart from that, he also has plenty of horses with him and loves to ride horses and engage in swordsmanship. Apart from this, he also owns properties in Mumbai and Ahmedabad.

Jadeja is one of the highest-paid sportspersons in the country for brand endorsements, through which he earns an average of around INR 25-30 Lakh. Some of his brand endorsements include Gujarat Tourism, Incredible India, and Life OK. In 2016, Jadeja also inked a landmark deal with Indian sportswear brand Zeven, who have signed. However, the financial terms of the deal are yet to be made public.

The Net Worth of Ravindra Jadeja is estimated to be around INR 58 Crores. Albeit, the Southpaw’s annual income has risen dramatically over the years. His annual income is estimated to be around INR 12 Crores, which is expected to grow in the coming years. Jadeja’s net worth has grown by over 750% in the last five years, which puts him just outside the bracket of the richest sportsperson and celebrity in the country.