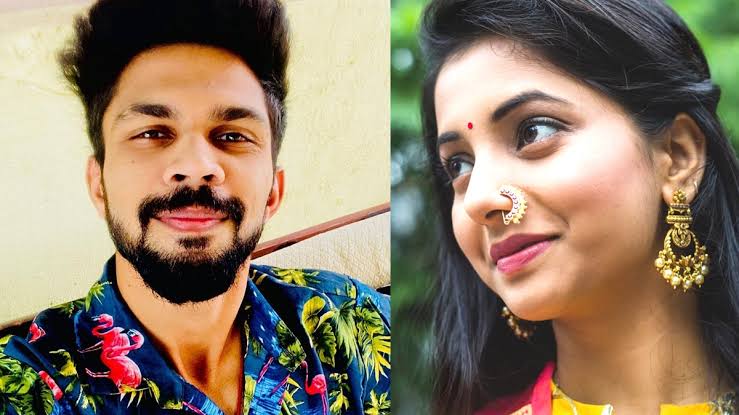 The IPL has been the center stage for a lot of emerging talents over the years. If it wasn’t for the IPL, India wouldn’t have come across bright prospects like Hardik Pandya, Jasprit Bumrah, and many more. One of the most exciting up-and-comers in the IPL recently has been CSK’s gun opening batter, Ruturaj Gaikwad. Gaikwad has won over quite a hefty load of fans by his consistently fascinating performances. However, the cricketing field is not the only area where Rutu is winning hearts.

Rituraj Gaikwad has scored 533 runs in 14 matches in IPL this year. Batting with an average of 44 including 3 half-centuries and a solitary century, Ruturaj has been unstoppable this year. Rituraj Gaikwad is also a big contender to win the Orange Cap. He’s become the topic of conversation as of late as rumors of him dating actress Sayali Sanjeev have begun speculating. Born in Pune, Ruturaj has the Maharashtrian connection with Sayali. Originally rumored to be dating, the news spread like wildfire when Ruturaj was seen commenting on a picture posted by Sayali on her Instagram.

Who is Ruturaj Gaikwad’s Girlfriend?

Sayali Sanjeev, the rumored girlfriend of Ruturaj Gaikwad, is an actress who has acted in a number of television series, films, and plays. Her series Kahe Dia Pardes on Zee Marathi was a special hit. Saily Sanjeev is originally from Dhule and did her schooling and graduated in Nashik. In addition to working in the series Kahe Dia Pardes and Perfect Husband, she has acted in films like Police Line, Atpadi Nights, AB and CD, and Salman of Satar.

Ruturaj Gaikwad made his India debut in the T20 series against Sri Lanka a couple of months ago. The Right-handed batter has put a lot of hard yards in the nets as of late. As a result of which, the Pune-born lad is quite visibly enjoying the fruits of his labor. Soaring high while riding the tide of momentum, the future looks bright for young Ruturaj.

A couple of days ago, Ruturaj’s fellow CSK teammate Deepak Chahar shocked the world by proposing to his girlfriend Jaya after the conclusion of the match between the Chennai Super Kings and the Delhi Capitals. Jaya said yes while everyone in the yellow camp celebrated.