The SportsLiteSports at just one click!
HomeCricketICC T20 World Cup 2021: Sri Lanka vs Netherlands- Man of the...
Cricket 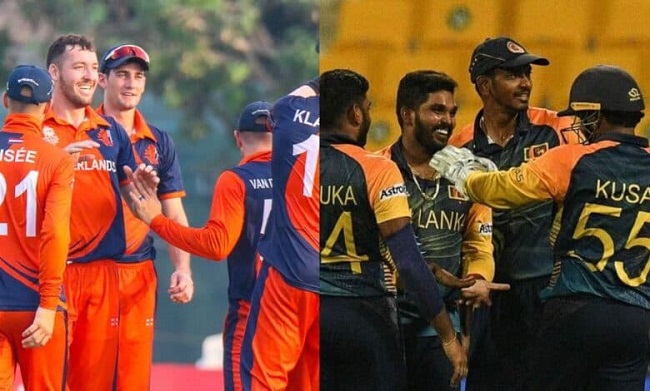 Sri Lanka stormed to the Super 12 Stage with an unbeaten record in the group stages as they overcame Netherlands by an eight-wicket win in their third game at Sharjah. Today’s match was the last qualifier match and for both teams result only matter as a matter of respect. As Sri Lanka already made to Super 12 and Netherlands already out of the race. In this article, we will discuss the match summary and know who won Man of the Match in today Sri Lanka vs Netherlands Match.

Winning the toss, Sri Lanka captain Dasun Shanka opted to field first. And his bowlers who proved him right. From the starting, Netherlands was out of the game, thanks to the brilliant efforts of all the bowlers. Netherlands was bundled for only 44 runs being all out in just 10 overs. None of the batters has any answers to the questions of Sri Lankan bowlers. Shockingly, there was only 1 batsman who reached the two-digit mark, that is also only 11. At Last, Lahiru Kumara and Hasaranga were the pick of the bowlers.

Coming out to bat, the chase was a cakewalk for the Sri Lankan batsmen. They did lose a couple of wickets, but that didn’t affect the game much with the target of only 45 runs. Nevertheless, Sri Lanka was just outstanding in this stage and reached the Super 12 with a high motivation. But, more difficult things waiting for them in next round.

Sri Lanka vs Netherlands Man of the Match Award Winner

Lahiru Kumara was adjudged as the Man of the Match for Sri Lanka vs Netherlands match. He executed the plans brilliantly and picked three wickets and conceded only seven runs in his 3 overs. Interestingly, all of his three wickets came in the same over as he closed out the Netherlands innings.