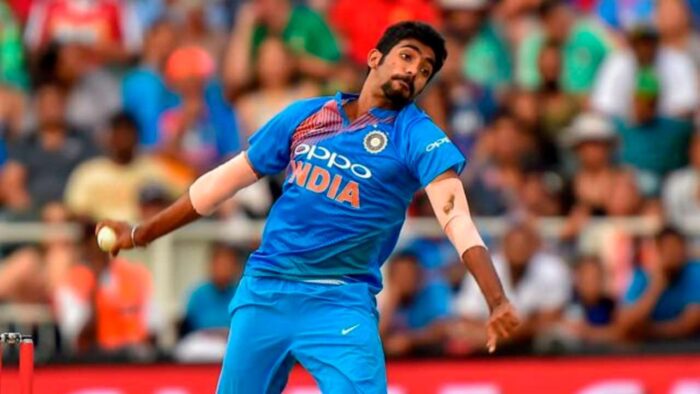 Team India’s fast bowler Jasprit Bumrah is currently one of the best fast bowlers in the world. The perfection by which he delivers Yorkers is just amazing. By seeing him bowl, we all think that he must have taken coaching from very prestigious cricket schools and brilliant cricket academies. But, what if I tell you that he hasn’t taken any coaching. He learnt cricket by watching on television.

Even if he hadn’t taken any coaching, but his coaches are the all time greats; Brett Lee, Shoaib  Akhtar, Wasim Akram. But how he was able to take coaching from these all-time greats?  The answer is by watching them on the television. Yes, you read right. Bumrah used to watch the panic-causing yorkers of these dangerous bowlers on TV and then practice on the wall of the house.

As a child, he used to bowl all day at home. Mother’s sleep was not disturbed due to noise, so her target would remain on the square between the wall and the ground. For this reason, the yorker became a part of his life from that time. When Bumrah was playing his 2nd Syed Mushtaq Ali Trophy match, John Wright, the former coach of Team India, was watching him from the dugout. He then selected him for Mumbai Indians. Bumrah recently said that if he is playing for India today, then all credit must go to John Wright.

Bumrah is a consistent performer for team India as well as for Mumbai Indians. And with the Indian team desperately searching for a death overs bowler, Jasprit Bumrah came as the answer to all the questions of Team India. His unique action also made him more lethal.

And with the World Cup approaching, Jasprit Bumrah will be the most important bowler for Team India. He can bowl anywhere, be it Powerplay overs, middle overs, or death overs. Captain approaches him whenever he need wickets. At last, we all hope to see Bumrah performing well in the upcoming World Cup.