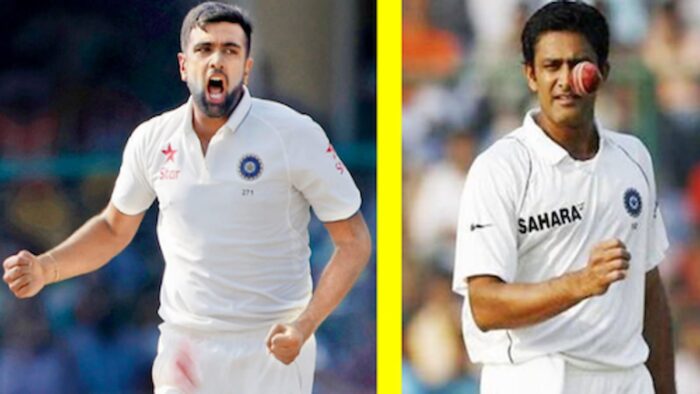 India is currently in South Africa and practicing in the rainbow nation. The South Africa tour will commence from December 26 with a three match test series. India has never won a test series in South Africa and this is considered as one of the best chances India has. Though, India will be missing services of some of their key players; Rohit Sharma, Ravindra Jadeja, Axar Patel, to name a few. In this article, we will look 5 Indians With Highest Wickets In India VS South Africa Test. Two current Indian spinners also made it into the list. Let’s see who are the top 5 players in this list.

5 Indians With Highest Wickets In India VS South Africa Test

Star Indian all rounder Ravindra Jadeja sits on the 5th spot in this list. He played just 8 matches against South Africa but he never fails to make his impact in whatever number of matches he played. But in this series, Ravindra Jadeja will not able to play in due to an injury. In the recent years, the improvement in Jadeja’s batting is just outstanding. In an era, where Ravichandran Ashwin is considered as an all time great Indian spinner, Jadeja actually kept the senior spinner on his toes in foreign conditions when conditions allowed India to play just one spinner. This is purely because of his batting. He has improved his batting very much in the recent times.

Jadeja has played 8 Test matches against South Africa. Jadeja has taken 42 wickets. He also has three fifers to his name. Jadeja has a brilliant average of 19.09. Jadeja is a proper match winner for Team India with both bat and ball.

India’s one of the greatest Test bowlers of all time, Ravichandran Ashwin, is the fourth player in the list of 5 Indians With Highest Wickets In India vs South Africa Test Battle. R Ashwin is the fastest Indian bowler to reach the 400 mark in Tests. Ashwin has consistently given batsmen nightmares. He recently became India’s third highest wicket taker in Test Cricket. Ashwin has 427 Test wickets now. And when he takes field in South Africa, he will be aiming to go past one of the greatest all rounders, Kapil Dev. Ashwin is 8 wickets behind Kapil Dev.

Ashwin has played 10 Test matches against South Africa. In those 10 matches, he has 53 wickets. He has 10 fifers to his name in his 10 matches. Ashwin also has a 10-fer to his name against the Proteas. Ashwin will be the game changer for India in the South Africa series in non-helping conditions.

Harbhajan Singh is the third spinner is this list of 5 Indians With Highest Wickets In India VS South Africa Test. He has some very brilliant performances against South Africa. He not even bowled brilliantly in Indian conditions but also in South Africa. His bowling spell of 7/120 in 2011 Test is one of the best by any Indian spinner in South Africa. Harbhajan spun a web around the South African batting line up. He dismissed all the top 4 batters of South Africa, including captain Greame Smith. His match winning spell helped India to draw the series 1-1.

Harbhajan has played 11 Test matches against South Africa and took 60 wickets in just 11 matches. He has a best bowling figures of 7/87. And the bigger thing about this is that this came in South Africa where the conditions are pace friendly.

India’s prolific fast bowler, Javagal Srinath, was at his lethal best while playing against South Africa. Arguably, he is the nation’s fastest ever bowler. He was the main pace battery of Indian Test Team in his times. In 1996-97 series, he has a brilliant figures against the Proteas. He has taken 6 wickets while given only 21 runs. The best part of his bowling is that this bowling spell came in Ahmedabad where conditions are suitable for spinners. But he showed the finest demonstration to move the old ball off the seam rather than in the air.

Srinath took 64 wickets against South Africa in Tests in just 13 matches. He has the best bowling figures of 6/21 which came in Ahmedabad. Srinath has a brilliant average of 24.48. As a fast bowler, this average is just outstanding.

The world’s third highest wicket taker, Anil Kumble, has the wickets in India vs South Africa Tests. And it is just another spinner made into this list of 5 Indians with highest wickets in India vs South Africa Tests. No bowler in history won India more Test matches than Anil Kumble. He is a proper match winner for India, even in foreign conditions. Kumble always performed against every opponent and South Africa was no difference. He single handedly won many matches for India in his times. India had not much leg spinners in the past, but having a leg-spinner of his callibre is just outstanding.

The leg spinner played 21 matches in which he averages 31.79 and has a strike rate of 81.3. His best figures in an innings is 6/53 vs South Africa. This came in Johannesburg where the conditions are pace friendly, But Kumble stood up and delivered his best spell against the rainbow nation.

5 Indians With Highest Wickets In India VS South Africa Test