The SportsLiteSports at just one click!
HomeCricketIPL Mega Auction 2022: Players, When, Where and Full Details
CricketIPL

IPL Mega Auction 2022: Players, When, Where and Full Details 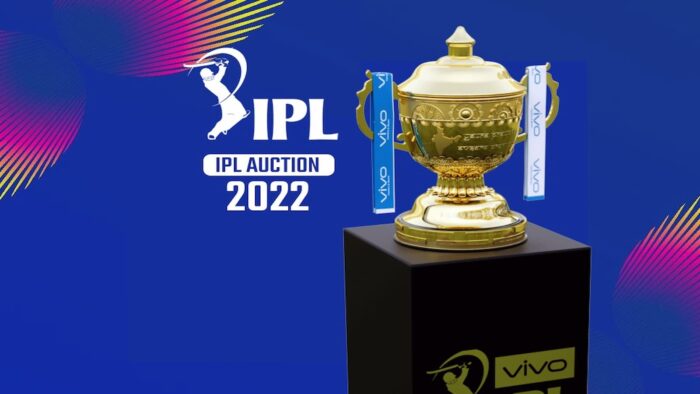 Ahead of the IPL 2022, the main talking point in the country is the conduct of Mega auction 2022. With the entry of the two new teams, the whole dynamic of the tournament has changed. All the sides are waiting eagerly for the auctions to build their squad for the next seasons. And the recent reports by Cricbuzz reported that BCCI have finalized the dates of the mega event. The IPL 2021 Mega Auction is all set to be held on February 12 and 13 according to reports. While, the final word from BCCI is still awaited. The event will take place in Bangalore.

The franchises will be gearing up for the Mega Auction. Many franchises have retained the core group of their franchises. But some of them have to release them due to various reasons. And the addition of two new franchises also adds more excitement to the tournament, which is already the world’s most preferred cricket league. The two new teams will be given an opportunity to draft some players from the retained list.

BCCI to have a meeting with IPL franchise owners

BCCI has also decided to call a meeting with all the franchise owners to discuss alternate plans amid Covid scare. It is quite clear that the BCCI is not in a mood to host IPL 2022 outside India. But the fear around Omicron variant might put a break on some of their plans.

“The meeting will be mainly introductory in nature with the BCCI on-boarding the owners of the two new teams – Lucknow and Ahmedabad. They are also exploring the idea of holding the whole tournament just in Mumbai and Pune or in the Gujarat cities of Ahmedabad, Baroda, and Rajkot if the Covid/Omicron situation worsens. The owners will be apprised of the alternatives as well as things to look forward to in the mega auction,”

List of players to be auctioned in IPL Auction 2022

It is one of the biggest IPL Auctions ever in recent times. No franchise has more than 4 players in their team currently. Notably, BCCI has asked the international cricket boards to submit the list of players who want to take part in the auction by January 17. The list, which could feature around 1000 members, will further cut down as per the demands of the franchises. In the end, 200-250 players will go under the hammer in the 2022 IPL mega Auctions. But it is not known till now which players will take part in the mega event this time.

If the reports are to be believed, then the mega auction 2022 will held on February 12 and 13 in Bengaluru. The mega event is clashing with India vs West Indies ODI match. Though, the BCCI have confirmed that both events will go ahead as planned. India will play the 2nd ODI against West Indies on February 12.

“It has been clarified to us that the match and auction are two different things and both will go ahead.”

A franchise owner after obtaining clarification from BCCI

The IPL Mega Auction 2022 will really be a very interesting event as many players will go under the hammer this time. This is one of the biggest IPL Auctions in the recent times. Many players who were formerly part of some other franchise will find a way in some new franchise. There have been reports around a lot of players shaking hands with new owners but the official confirmation from BCCI’s end is still awaited.