The SportsLiteSports at just one click!
HomeCricketAxar Patel Net Worth, Endorsements, Salary, Cars, House
CricketNet Worth 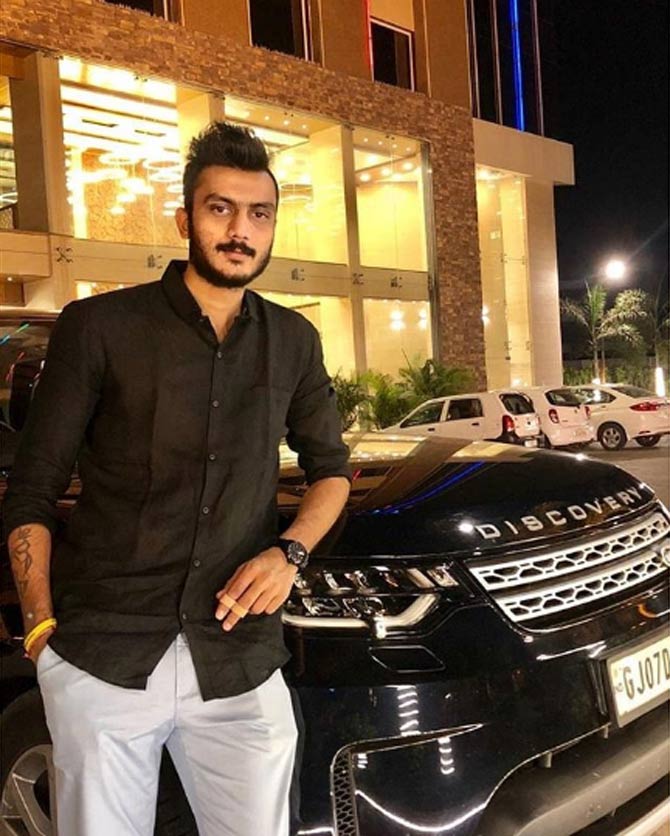 Axar Patel belongs to the list of the many left-arm all-rounders coming from Gujarat, although he has managed to distinguish himself from the rest. The Southpaw’s precise line and length have made him one of the better all-rounders across all formats. In addition to this, Axar’s on-field exploits have made him quite a household name and have showered him with riches as well. At just 27, Axar has had quite an international career and a long road ahead of him as well. Join us as we take a deep dive into the financial assets and the net worth of Axar Patel.

According to featuredsource.com, the Axar Patel net worth amounts to up to INR 38 crores as of late 2021. His net worth comprises the income he receives from the BCCI for being an active Indian cricket player. It also constitutes the salary he receives from the Gujarat Cricket Association for playing domestic cricket for Gujarat. A major chunk of his financial standings also comprises his earnings through endorsing various brands.

Axar Patel is a part of the Grade C cricketers as announced by the BCCI in 2021. As per the terms of the contract, the 27-year-old is guaranteed an amount of INR 1 Crores every year. However, this does not include the match fees he is paid for representing his country after every match. Axar is also an integral part of the bowling department of IPL giants Delhi Capitals as he’s been representing them since 2019. The Delhi-based franchise roped in the Southpaw for a whopping 5 Crores during the 2019 auctions. Axar also receives a guaranteed sum of money yearly through the various endorsement deals.

Axar Patel is a popular face in the advertising arena and some of the top brands like SG Cricket, CoinSwitch Kuber, GamToss, and Cricuru have collaborated with him for endorsement deals. Axar’s association with the Delhi Capitals also makes him the indirect endorser of popular brands like JSW, Apollo, Ebix Cash, Fancode, boAt, and Jio. Above all, it is expected that Axar earns an approximate 7-digit figure through endorsing these brands.

Axar Patel owns a luxury designer house in Nadiad, Gujarat, India. He resides there with his entire family. The apartment complex consists of all the modern infrastructure amenities and is quite a lavish house to live in. However, Patel doesn’t get much time to spend at his house due to a hectic professional schedule. In addition to this, the 27-year-old owns multiple real-estate properties across the country.

Despite his vast riches, Axar doesn’t have the greatest car collection as compared to his fellow peers. In late 2017, Axar Patel showed the world a glimpse of the newest addition to his car collection, a luxurious Land Rover. He also owns some of the finest luxury cars the world of automobiles has on offer.