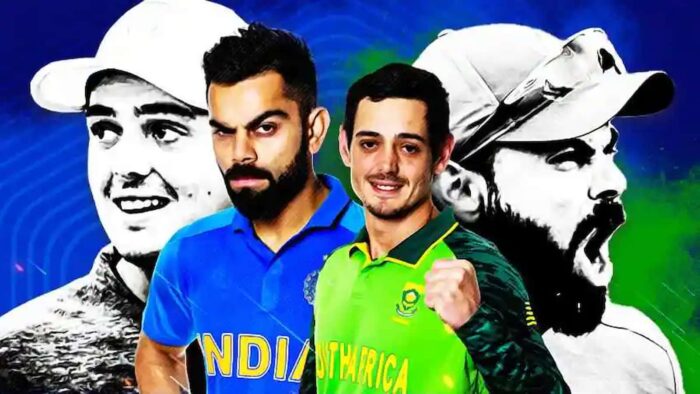 “It is a pleasure for Cricket South Africa (CSA) to confirm the updated schedule for the India men’s tour to South Africa. As announced over the weekend, the tour has been reduced from three series to two; the Betway Test and One-Day International series, taking place from December 26 to January 23 2022 across four venues, following successful engagement with the Board of Control for Cricket in India (BCCI),” CSA said.

India will also play three ODIs but the four-match T20I series will be rescheduled for later, as announced by BCCI earlier.

Paarl and Cape Town will host the three-match ODI series between South Africa and India in January 2022. Newlands will also host the third Test that will run from January 11 to January 15. The tour will kick off with the Boxing Day Test at Centurion and Johannesburg slated to stage the second Test from January 3 to January 7 as part of a updated tour.

There had been doubts around the tour because of the Omicron variant of Covid-19 discovered in South Africa, which has coincided with a surge in cases and hospitalizations, especially in the province where India are scheduled to play the first two Tests. Netherlands had recently cut short their tour of three ODIs and flown home. Many countries, especially within the European Union, had imposed travel restrictions on southern Africa. By the way, India A squad that is touring South Africa has stayed back in the country for three four-day games in Bloemfontein.

Share
Facebook
Twitter
Pinterest
WhatsApp
Previous articleIndia VS New Zealand 2nd Test – Who won Man of the Match Award? MOM award winner in IND VS NZ 2nd Test.
Next articleWhat are Batting and Bowling Strike Rates? How are they calculated?