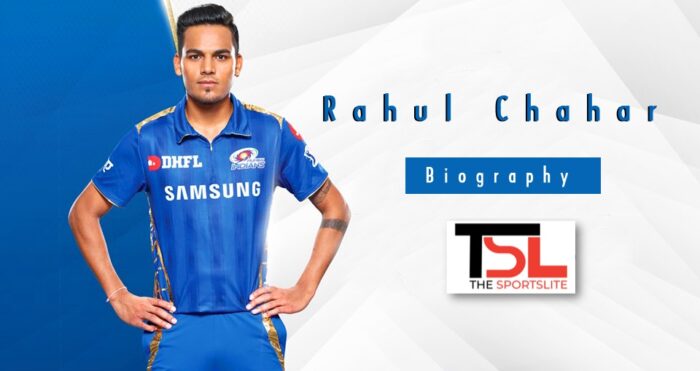 Rahul Chahar, the right arm leg spinner has been picked for the T-20 World Cup 2020 which will be hosted by UAE from 17th October 2021. The inclusion of Rahul Chahar is a big surprise to everyone because he has been selected ahead of Yuzvendra Chahal who has been India’s prime leg spinner for quite a while. Training under his Uncle

Rahul was born on 4th August 1999 in Bharatpur Rajasthan. Cricket has been in his DNA as his Uncle; Deepak Chahar’s father has a cricket academy. He got inspired by witnessing his brother Deepak practicing cricket. He too enrolled himself in Uncle’s cricket academy. Deepak Chahar is a well-known fast bowler and now Rahul is also not too far from him. 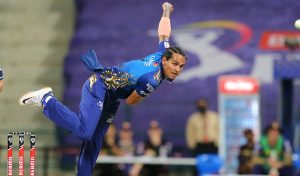 Rahul is a fantastic leg spinner, who has nice control over the flight and speed variations. His exceptional googly keeps fooling the batsmen. A leg spinner should have a big heart and Rahul has a big heart. He doesn’t get flustered if the batsman hits him towards the fence, every time, he comes back with an answer to which the batsman has no reply.

Under the MSD’s wings 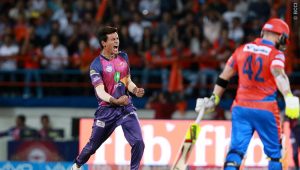 Just like his brother, the breakthrough moment came when he was selected in the squad of Rising Pune Super Giants for IPL 2017. The most notable thing was he was going to play under one and only MS Dhoni. He played only 3 matches in RPS Purple, but he must have learned so much.

He became quite famous when he took the wickets of Yuvraj Singh and Gautam Gambhir in the Syed Mushtaq Ali Trophy. Immediately, he was picked by Mumbai Indians for 1.9 crores. Rahul didn’t play any game in 2018 for Mumbai but must have built a reputation of being a good spinner. 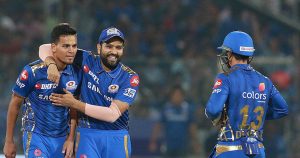 The reputation did help in the next season as he played 13 matches for MI in a Title winning season. Rahul took 13 wickets at 23.69, with an excellent economy of 6.55, striking at 21.69. Breaking into the MI squad is an achievement in itself, especially if you are a rookie player. Rahul cemented his place with his performances and nowadays he has become an obvious choice for MI. In 2019, on the 6th of August, he made his first International appearance which was in a T-20 match in West Indies against West Indies. Recently, he made his ODI debut on 23rd July 2021 against Sri Lanka at Colombo(RPS). He picked 3 wickets for 54 runs.

He had not been selected for the 2018 U-19 World Cup. So the inclusion in India’s T-20 World Cup squad means a lot to him. We wish him the best of luck for the upcoming IPL and best wishes for the T-20 World Cup as well.