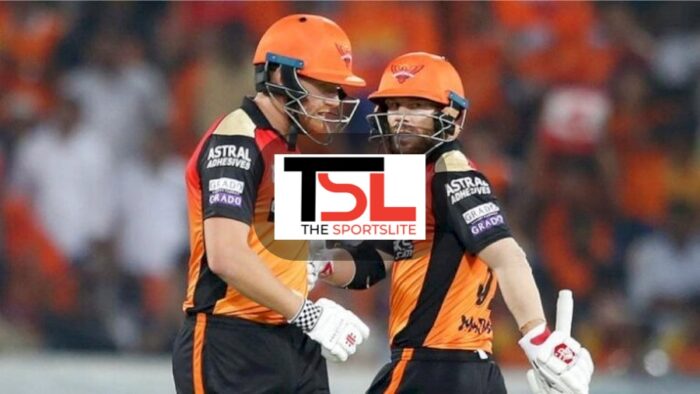 IPL is arguably the best cricket league in the world. It’s a tournament where the best of the best players compete. Players have to give their best in order to make their name. But in order to make a successful chase or big total, the foundation must be strong. In cricket, Opening lays the foundation of the batting lineup. A good opening partnership helps in making a big score. Let’s take a look at the Top 5 highest opening partnerships in IPL history.

Have a look at Top Five highest opening partnerships in IPL

It was this year’s IPL when RCB faced RR. RCB won the toss and decided to field first. Coming to bat, RR managed to put on a score of 177 with the help of Rahul Tewatia’s 40 off 23 balls. In reply, Devdutt Padikkal came to open the innings for RCB along with Virat Kohli. They both played a formidable inning to win the match without even losing any wickets. Padikkal scored his maiden IPL century having scored 101* off just 52 balls with a blistering strike rate of 194.23. Virat Kohli gave equal support with a 72 run inning coming in just 47 balls with a strike rate of 153.19. Padikkal was named man of the match for his incredible display by helping his side win the match with 21 balls remaining.

Winning the toss KXIP decided to bat first, managing to put a target of 178 with the loss of 4 wickets. Nicolas Pooran helped KXIP reach that target with his short quick innings of 33 runs off 17 balls. Shane Watson along with Faf du Plessis came to open CSK’s innings in order to chase the target. Both the batsman started hammering the KXIP bowlers after getting comfortable on the pitch. Shane Watson scored a total of 83 runs in just 53 balls with a strike rate of 156.60 and Faf managed to score 87 runs off just 53 balls with a strike rate of 164.15. CSK chased the target successfully without losing a wicket with 14 balls to spare.

In 2020, KXIP and RR faced each other in one of the most thrilling matches that year. RR sent KXIP to bat first after winning the toss. Coming to open the innings, Mayank Agarwal stole the show scoring an excellent 106 runs off just 50 balls with an impressive strike rate of 212.00. He was well supported by Captain KL Rahul who went on to score 69 runs in 57 balls. Both the batsman made a 183 run partnerships for the first wicket after Mayank was dismissed by Curran in 16.3 over. Later Nicolas Pooran came on to finish the innings a quick 25 runs off just 8 balls. Despite playing so well Mayank had to be on the losing team that night with RR chasing the target with 4 wickets in hand and 3 balls remaining.

KKR played now-defunct GL in one of the most exciting matches back in 2017. KKR sent GL to bit first. The franchise from Gujarat managed to score a respectable total of 183 runs with the help of Suresh Raina’s 68 off 51 balls and Dinesh Karthik’s 47 off just 25 balls. Coming to chase, both the KKR opener Chris Lynn and Gautam Gambhir toyed with the GL bowlers. Lynn went on to score 93 runs off just 41 balls with an excellent strike rate of 226.82 along with captain Gambhir who scored 76 runs off just 48 balls with a strike rate of 158.33. KKR was able to win the match with ease with 10 wickets and 31 balls still in the bag.

In 2019 RCB faced SRH in an epic showdown. RCB won the toss and made SRH bat first. Coming to open the innings, Jonny Bairstow partnered with David Warner in smashing all RCB bowlers. They scored the highest opening partnership in IPL with a total of 185 runs between them before Jonny was dismissed by Chahal. Bairstow scored an excellent 114 runs off just 56 balls with a strike rate of 203.57. David Warner too went on to score an unbeatable 100 off just 55 balls with a strike rate of 181.81. SRH managed to put a gigantic target of 232 runs which RCB failed to achieve. SRH went on to win the match by 118 runs at the end with Jonny Bairstow named man of the match.