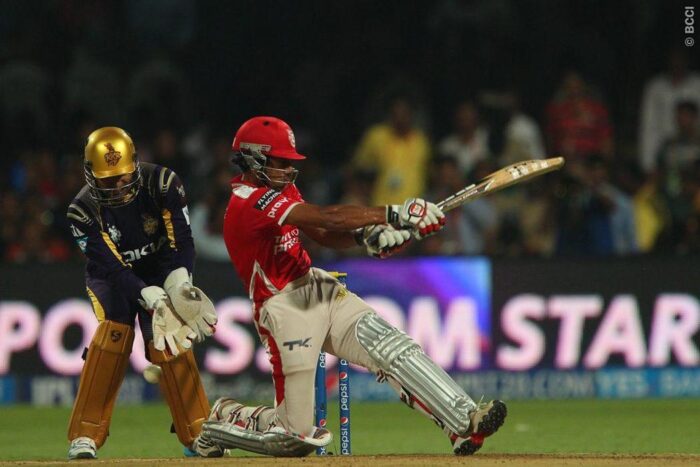 The IPL is arguably the best cricket league in the world and it’s more than a dream to play the IPL final for nearly every player. The final is the best stage where players can shine and be remembered for all time. Since its inaugural season back in 2008, we have witnessed some of the best finals with some crazy individual displays. In this article, we will remember the Top 5 highest run scorers in IPL final.

In number 5 we have the middle order superstar of CSK Suresh Raina, he played a stormy knock when it mattered the most. Against KKR in 2012, Raina scored 73 runs in just 38 balls with a strike rate of 192.10. He smashed 3 fours and 5 sixes in his innings. Raina was dismissed in the last ball of the innings by Shakib Al Hasan. Although KKR came victorious that match.

Also Read: List of All the Purple Cap Winners in IPL history

Manvinder Bisla turned a very tough chase in favor of KKR. It was the same 2012 final, KKR had to chase 190 runs in order to win their maiden IPL trophy and lost an early wicket at just 3 runs in Gautam Gambhir. Bisla went on the support the innings with Jacques Kallis and score 89 runs off 48 balls with a strike rate of 185.41. He was named man of the match after the conclusion of the game.

Manish Pandey played a crucial knock in handling KKR their second title in 2014, Up against Punjab, KKR had to chase a mammoth target of 200. Coming to chase, KKR found themselves in a tight position again having lost 2 important wickets in Robin Uthappa at just 6 runs on board. Manish Pandey took the baton in his hand and played a match-winning knock of 94 runs off 50 balls with a strike rate of 188.00, striking 7 fours and 6 sixes. Eventually, KKR was able to chase the target, and Pandey was awarded the man of the match.

The CSK opener went on to destroyer mode playing against RCB in the finale. Elected to bat first, Murali opened the innings for CSK to score 95 runs off just 52 balls with a strike rate of 140.00, hitting 3 fours and 3 sixes. Vijay played a crucial role and was supported by co opener Michael Hussey to set a mountain target of 206 runs, RCB collapsed with just 147 runs on board handing CSK their second IPL title.

In rank 1 we have the talented wicketkeeper-batsman from KXIP. He put on a class show against KKR in 2014 final. Batting first, Wriddhiman toyed the KKR bowlers, smashing them all over the ground. Saha scored a total of 115* runs off just 55 balls. With a strike rate of 209.09, his innings consisted of 10 fours and 8 sixes. With the help of Wriddhiman’s excruciating batting, KXIP was able to put a target of 200. But Wriddhiman’s efforts went in vain as KKR chased the target with 3 balls remaining. He is still the highest run scorers in IPL final till now.