The SportsLiteSports at just one click!
HomeCricketSuresh Raina Net Worth, Salary, Charity, Endorsements
CricketNet Worth 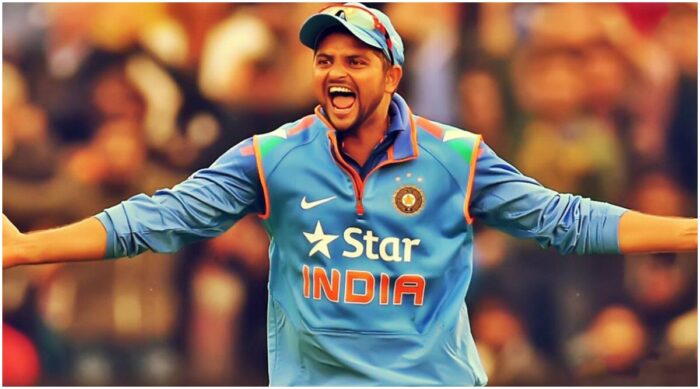 One of the most underrated middle-order batsmen India ever produced, Suresh Raina has left behind quite a legacy. Raina played a quintessential part behind India’s formidable middle-order lineup in the bygone decade. The Southpaw’s prolific batting style and consistency set him apart from the rest as one of the most dependable batters of the game. Owing to a massively successful career that saw him winning innumerable trophies, Raina has become quite a popular figure. The following article provides an inside look at the financial assets and the net worth of Suresh Raina.

Starting his career at a tender age, Suresh established his dominance across all levels of the domestic scene. He was a part of the 2004 under-19 World Cup despite being just 17. His splendid performances didn’t go unnoticed as the Southpaw was called up to the national side the following year. Given the amount of competition in the India squad during the time, Raina was dropped as he failed to leave a remarkable mark. Raina didn’t let it affect his performance as he continued to put in the hard yards in the domestic circuit. However, the inception of the IPL changed the course of his whole career. IPL giants Chennai Super Kings by the scintillating left-hander in 2008. After a stellar run during the tournament, Raina was brought back into the side and he never looked back since.

Raina’s consistency can be estimated from the fact that he represented India in every single ICC tournament from then till the next 8 years. He also featured in India’s 2011 World Cup and 2013 Champions Trophy-winning squads and played a prominent role in India’s re-invention in 2013. In a career spanning over 13 years, Raina scored over 8000 runs for India across all formats. He was dropped from the side after a string of low scores in 2018 and was never really brought back in the squad. One hour after the world was shocked by the announcement of MS Dhoni’s retirement from cricket, Suresh Raina announced his retirement as well. However, he continues to represent his IPL franchise CSK to the present date.

Popularly known as Mr. IPL, Suresh Raina is one of the leading run-scorers of the tournament. He is also amongst the few players who have featured in 200+ matches in the cash-rich league. Apart from CSK, the left-hander has played and captained now-defunct Gujarat Lions (GL) in 2016 and 2017 as well.

Suresh Raina hung up his boots from international cricket in August 2019 following the retirement of MS Dhoni. The BCCI guarantees Suresh a monthly stipend of 5000 in the form of a pension. Raina is also an integral part of the IPL giants CSK as he’s been representing the Men-in-Yellow since its inception. The Chennai-based franchise retained the left-hander for an annual salary of INR 11 Crores ahead of the 2018 mega auctions. However, following a so-so run with the bat in the 14th edition of the IPL, Chinna-Thaala’s future with the Chennai-based franchise looks uncertain ahead of the 2022 Mega Auctions.

Owing to his popularity, Raina is one of the most marketable sportspersons in India. Suresh Raina currently endorses brands such as Intex, Boost Energy Drinks, PepsiCo, RK Global, HP, and Fantain in his personal capacity. He is the brand ambassador of Fantain and makes around INR 7 crore from his deals. As a part of cross-endorsement deals with the IPL franchise Chennai Super Kings, Suresh Raina endorses brands like Jio, Muthoot Group, India Cements, Nippon, HIL, Frooti, and Peter England.

Suresh Raina owns a luxury designer house in Muradnagar, Ghaziabad, Uttar Pradesh. The current value of his house is 18 Crore INR. He resides in this lavish mansion with his parents, wife, and kids. In addition to this, Raina also owns multiple real-estate properties across the country.

Like all other cricketers, Suresh Raina is a fan of cars as well and he has inducted various cars into his collection. These cars include a two-seater Porsche Boxster and a Mini Cooper in Magenta shade. He is also a proud owner of one of the latest trending cars among cricketers Range Rover, along with a Mercedes Benz GLC. He also has a BMW in his collection, although he rarely uses it.

Suresh Raina is actively involved in the works of the Gracia Raina Foundation, which was founded by him and his wife. The prestigious foundation is named after the couple’s first daughter Gracia. The foundation works for the improvisation of health conditions for maternal health and infants. The Kingdom of the Netherlands, the Embassy of Israel, and other international organizations have also appreciated the esteemed charity.

Raina is one of the most popular and bankable sportspersons in India. As of late 2021, his net worth is estimated to be 25 million USD, which approximately comes around INR 185 Crores. Most of his income and net worth come from cricket and sponsorships. It is estimated that the net worth of Suresh Raina has grown by 40% in the past years and so does his Income.