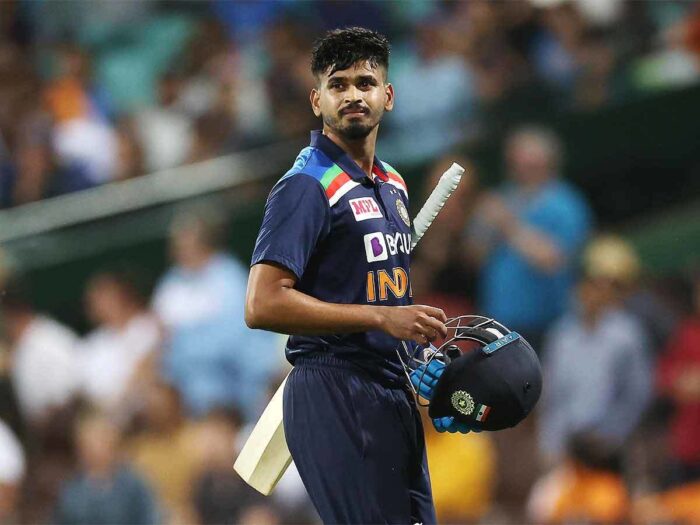 Shreyas Iyer was the answer for India’s years-long quest for a perfect No. 4 batsman. Coming from humble beginnings, Iyer has solidified his stature as a dependable batsman and a solid fielder. One of the finest white-ball batters of this generation, Shreyas is a sight to watch when he gets going. The Mumbai-born has built quite a reputation for himself with the willow and has earned decently as well. This article highlights a detailed analysis of the net worth of Shreyas Iyer.

Playing for Mumbai in the domestic scene, Iyer’s efforts didn’t go unnoticed as he was selected for the Indian contingent for the 2014 Under-19 World Cup. In the 2015–16 Ranji Season, Iyer scored a staggering 1,321 runs including four centuries and seven fifties at an average of 73.39. In the process, not only did he become the top scorer, but also the second-ever player to cross the 1,300 run barrier in a single Ranji Trophy competition. His superficial efforts didn’t go unnoticed as the Mumbaikar was called up to the Indian Test team later that year, however, he’s yet to make an impact in the longest format of the game.

Owing to his stellar performances in the limited-overs format, Shreyas was given an ODI cap that was long overdue. However, in India’s long quest to find the perfect number 4 batsman for the World Cup, Iyer was lost in the shuffle. However, a national call-up after the 2019 World Cup finally gave Shreyas a platform to showcase his skills in front of the bright lights. Shreyas hasn’t looked back ever since as he solidified his spot by scoring hundreds of runs across ODIs and T20Is. After recovering from a shoulder injury that put him out of the field for a good 6 months, Shreyas has been included in the traveling reserves for the Indian contingent.

After a sublime run in the domestic circuit, Shreyas was bought for a whopping 2.6 Crores by the Delhi Daredevils in 2015. Owing to his consistent performances over the years for the Delhi Daredevils, he was made the captain of the Delhi-based franchise at just the tender age of 23. The Mumbai-born completely revamped the side and took it to great heights under his wing. Delhi retained him for a staggering salary of INR 7 Crores for the 2018-21 tenure. Shreyas also belongs to the list of C+ Grade cricketers and is guaranteed a sum of INR 1 Crores from the BCCI annually. However, this doesn’t include the match fees he gets in addition to the salary.

Shreyas Iyer has recently come into the limelight which makes him relatively new to the brand endorsement world and hasn’t yet grabbed a lot of endorsement deals. However, he has still inevitably attracted big brands and recently signed a bat endorsement deal with CEAT, which is one of the leading Indian tire manufacturers. In addition to this, Shreyas has done many collaborations and endorsements for brands like BoAt, Fresca Juices, Myprotein, Google Pixel, Manyavar, Dream11, CEAT, and more.

The right-hander owns a luxury designer house in Worli, Mumbai where he lives with his parents and sister. Shreyas also owns multiple real-estate properties across the country.

Despite his wealth, Shreyas doesn’t have a vast collection of cars like his fellow teammates. However, he owns some of the best luxury cars in the world. His collection includes Audi S5 (80 Lakhs), Customised Hyundai i20 Sports (7.69 Lakhs), Lamborghini Huracan (4.50 Crores).

Assuming that the aforementioned figures are astute, Shreyas Iyer’s net worth comes around a whopping 48 Crores. He has earned a major chunk of that sum courtesy of the IPL and brand sponsorships. Shreyas’ stock has been constantly multiplying as of late and it shows no signs of stopping. Being just 26, Shreyas has a long road ahead of him.