The SportsLiteSports at just one click!
HomeCouplesPhil Foden's girlfriend - Who is Rebecca Cooke, whom English star Phil...
CouplesForever Facts 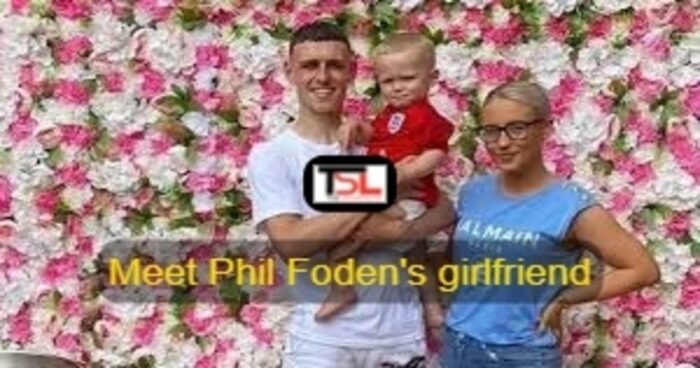 Phil Foden is currently one of the most exciting young players in the whole world. The Manchester-born and bred is tearing it up for both his club Manchester City and country England. Foden is well known for his quick left feet and good agility. He first came to the spotlight while representing England and winning the Golden Ball in the FIFA U-17 World cup in 2017, India. Since then, Foden has maintained his form and has developed massively to become a starter in a star-studded Manchester City lineup. The city star has gained a lot of fans and followers despite being only 21. Although fans are always eager to know more about the lives of stars outside the field. We fan never settle for less when it comes to our favorite stars so here in this article, let’s know about Rebeca Cooke, Phil Foden’s girlfriend.

Who is Phil Foden’s girlfriend?

Phil Foden’s girlfriend Rebecca Cooke are together since childhood. Both went to the same high school and are together since childhood. The couple even has a child together and is expecting a second one currently, Foden announced it publicly stating the couple is expecting a girl child towards the end of the year. Phil Foden became a young father aged just 18 when. Rebecca gave birth to the child in January 2019 and the couple named the kid Ronnie. Both are in a

Rebecca Cooke was born in the year 2000 in Stockport, England. So her estimated age is around 21. Rebecca went to the same high school as Phil and the couple must have known each other since then. However, Rebecca is not like any other typical Celebrity partner. She tries her best to stay away from the spotlight and maintains a very low profile.

Both Phil Foden and Rebecca Cooke are very much into each other. The couple already has a child together and now expecting their second child late this year. Both have been childhood sweethearts. It’s safe to assume the couple would marry each other in the near future when they seem it’s the right time to do it.