IPL has seen numerous amounts of expensive overs since the inaugural season. Nothing gives fans more entertainment than watching the ball travel to the skies. Over the past years, IPL has shifted to be more of a batting tournament because of world-famous power hitters donning IPL jerseys. Bowlers have to be on their toes to perform well, but that is always not the case. Over the years we all have witnessed some of the most entertaining overs in the cricket’s best tournament. In this article, we will get to know about the Top 5 most expensive overs in IPL history.

Check out the Most Expensive Overs bowled in IPL History: In 2012 while playing for PWI against RCB, Rahul Sharma got heavily smashed by non-other than the Jamaican star Chris Gayle. Rahul Sharma bowled his first ball to Saurabh Tiwary who took a single and gave the strike to Chris Gayle. With the ball spinning into the left-hander, it was easy for Gayle to open his front leg and smashed the ball out of the park.  Gayle smashed all the remaining 5 balls all for sixes making the over one of the most expensive in IPL history with 31 runs. 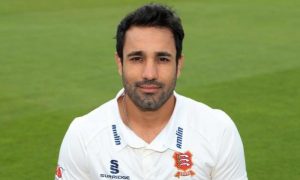 In 2010, Ravi Bopara delivered an over he would like to forget for KXIP, conceding 33 runs against Chris Gayle who this time was playing for KKR. Manoj Tiwary took a single and gave the strike to Gayle who hit the next four balls for consecutive sixes. In the fifth ball, Bopara bowled a 5 wide and the next ball a 2 wide. In the last ball, Manoj Tiwary took a single to make the over one of the most expensive with 33 runs. 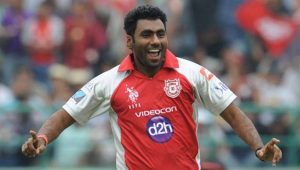 In 2014 Suresh Raina stunned the cricket world with one of the best T20 innings ever played, 87 (25). Raina went on smashing Awana from the first ball itself. After scoring two consecutive sixes in the first two balls, Raina scored five consecutive fours in the same over including a no-ball. Awana conceded a total of 33 runs that over. 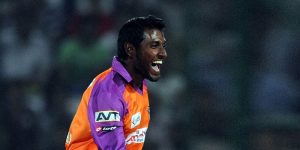 In 2011 when facing KTK, Chris Gayle got better of Parameswaran, hitting him for 37 runs in an over. Gayle scored two consecutive sixes in the first two balls with the second ball being a no-ball. He then went on to hit the next two balls for two fours followed by two consecutive sixes again. In the final ball, Gayle was lucky enough with an inside edge to get a boundary in the last ball, yielding 37 runs in an over. 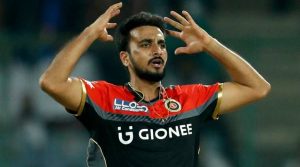 In this ongoing IPL 2021, the unthinkable happened. The purple cap holder Harshal Patel went on conceding 37 runs in the final over of the innings against CSK, specifically Jadeja who equaled the record of Chris Gayle is hitting maximum runs in an over. Jadeja plundered Patel by hitting the first 4 balls for 4 consecutive sixes with a no-ball. He took a double in the fourth ball to keep the strike to himself. In the last two balls, Jadeja smashed a six and a four scoring 37 runs off the final over.