Who won Orange Cap in IPL more than once ? 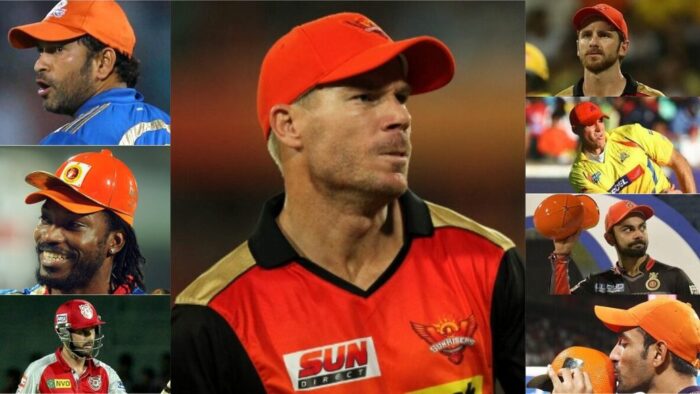 Batsmen who won than Orange Cap in IPL more than once

Orange cup is presented to the highest run-scorer of the season. IPL is filled with star batsmen all over the world so it is not a child’s play to achieve the Orange cap. And, winning the orange cap more than once shows the actual caliber in the batsman. Let’s know about Orange Cap winners, players who won more than once

Orange cap winners in IPL more than once :

The Universal Boss is well known all over the globe for his destructive batting. In 2011 Chris Gayle scored 608 runs in 12 innings with an excellent strike rate of 183.13 and average of 67.55, hitting 56 fours and 44 sixes. Gayle scored two centuries and three half-centuries in that edition, 107 was his highest score that season.

He is at the top of the orange cap winners list in the IPL. The Australian batsman is very well known for his aggressive batting. In 2015, David Warner won the Orange Cap by scoring 562 runs in 14 innings with a strike rate of 156.54 and an average of 43.23. His highest score of the season was 91 while scoring seven half-centuries throughout. He managed to hit 65 fours and 21 sixes.

Warner won the Orange Cap again in the year 2019, for the third time. To win the Orange Cap he scored 692 runs in 12 innings with a strike rate of 143.86 and an average of 69.20. He scored eight half-centuries and one century while hitting 57 fours and 21 sixes throughout the season. 100* was his highest score of the season. Till now he remains to be the only player to win the Orange Cap thrice, most by any batsman.