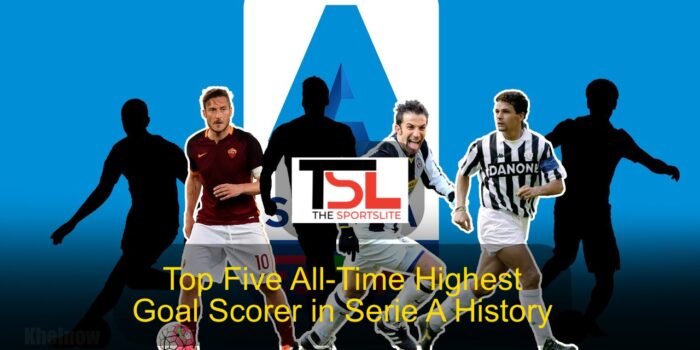 Serie A is the top division football league in Italy since 1898. It is one of the best football leagues in the world with heavyweight European teams like Juventus, AC Milan, Inter Milan, Napoli and AC Roma. Serie A was considered as the best football league during the ’90s. The Italian top division league is known for its organized and defensive system of play. Over the years we have witnessed many great players in the jerseys of Serie A teams. In this article, we will discuss the all-time Top Five Highest Goal Scorer in Serie A. 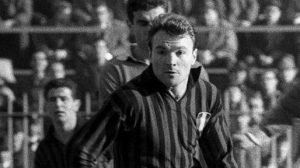 The Italian-Brazilian forward has played for the 3 best clubs in Italy namely, AC Milan, Napoli and Juventus. Altafini has scored a total of 216 goals in 459 matches with a goal ratio of 0.47. He is mostly considered as an AC Milan legend having played 205 games for them. Altafini has won the FIFA World Cup once for Brazil. He has also won the Scudetto (4 times), Serie A golden boot once and European Champions Cup once in his playing career. 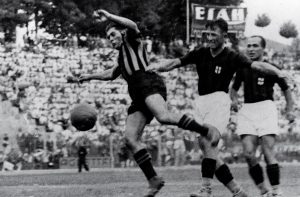 One of the greatest Italian football legends, Giuseppe Meazza has scored 216 goals in just 367 matches with a goal ratio of 0.59. Meazza has represented Inter Milan, AC Milan and Juventus in Serie A. He is regarded as a club legend by Inter Milan having scored 197 goals for them. Meazza has won the FIFA World Cup (2 times), Scudetto (3 times), Serie A golden boot (3 times) and Italian Cup once in his career. 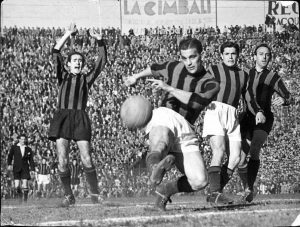 Gunnar Nordahl is probably the best Swedish player ever to play the game. Nordahl was an excellent forward in his days with pin-point finishing. He has scored a total of 225 goals in Serie A in just 291 matches with an outstanding goal ratio of 0.77. He also holds the record of being the top goalscorer in Serie A as a non-Italian. Nordahl has played for AC Milan and AS Roma but is widely considered as a Milan Legend. He has won the Scudetto (3 times) and Serie A golden boot award (5 times). 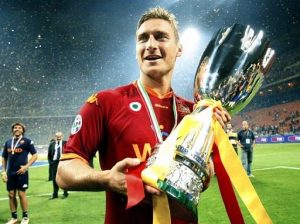 The Roma and Italian legend are hailed for his loyalty to his boyhood club, Roma. Totti was a prominent player on the Italian side. He has scored 250 goals in 618 record appearances with a goal ratio of 0.40. Totti won the FIFA World Cup once along with the Scudetto (1 time), Serie A golden boot (1 time), Italian Cup (2 times), and Italian Super Cup (2 times). 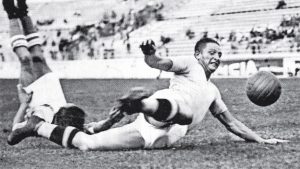 The legendary Lazio and Italian forward were considered as one of the greatest players of his era. Piola has scored a total of 274 goals in 537 games with a goal ratio of 0.51. He has played for 4 Serie A clubs in his career namely, Pro Vercelli, Lazio, Juventus and Novara but is mostly considered a Lazio legend. Piola has won the FIFA World Cup once and Serie A golden boot twice in his high-scoring career.

Top 5 Footballers with Highest Goals in the Serie A History