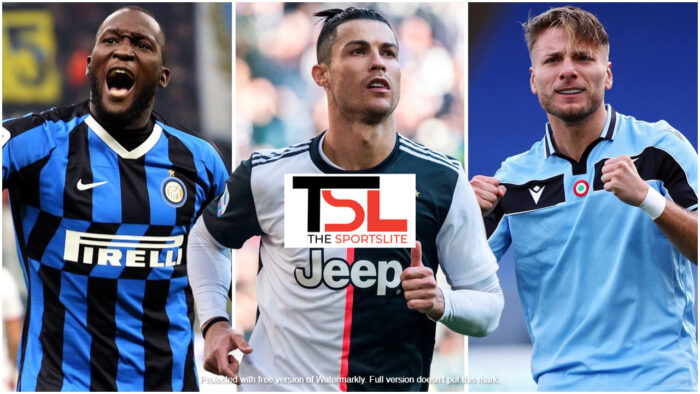 Over a lot of seasons, the Italian strikers have a reputation for being deadly in front of goals. They are known for exploiting chances in the tightest of scenarios. The highest goal scorers in Serie A in 2020-2021 season could only be a striking demonstration of the excellent attacking football overall.

The winner of the Serie A top scorer of 2019-2020. The 31 year old Italian striker didn’t show any signs of stopping. He helped Lazio finish in European football position in the table. The clinical forward scored 20 goals in 35 games in Serie A. This earns him the 5th spot in our list of top five highest goal scorers in Serie A in 2020-2021.

The young Serbian turned heads from major European outfits over the summer. He is a destroyer on the pitch. The 21 year old racked up 21 goals from 34 starts. Tipped to be one of the best in coming seasons, the lethality he showed throughout the season was overwhelming. He stands at 4th in our list.

The Colombian veteran seemed to have found his feet in Atlanta. He went through a scoring spree since 2019. Helping the club finish in top three for two consecutive seasons. Muriel’s contribution was even more conspicuous in the club’s illustrious scoring form. He finished the Serie A season with 22 goals from just 16 starts putting him on 3rd in our list of top five highest goal scorers in Serie A in 2020-2021.

Also read: List of Top Five Players with Most Appearances in Serie A

The Belgian beast, inspired and revitalized under the tutelage of Antonio Conte, demonstrated his peak scoring ability in the Serie A season 2020-21 netting 24 times for Inter Milan from 36 games, Lukaku played an instrumental role in Inter Milan’s Serie A title. He sees himself at 2nd after his goal scoring antics in the season.

Approaching 37 years of age, Cristiano Ronaldo hardly looked a day over 20. And his highly evolved striking acumen came to much use throughout the Serie A season, even though the Old Lady couldn’t reach the standards they set themselves over the years. The Portuguese, with 29 goals from 31 starts, he earns the Capocannoniere or the Paolo Rossi award and the first spot in our list of top five highest goal scorers in Serie A 2020-2021.