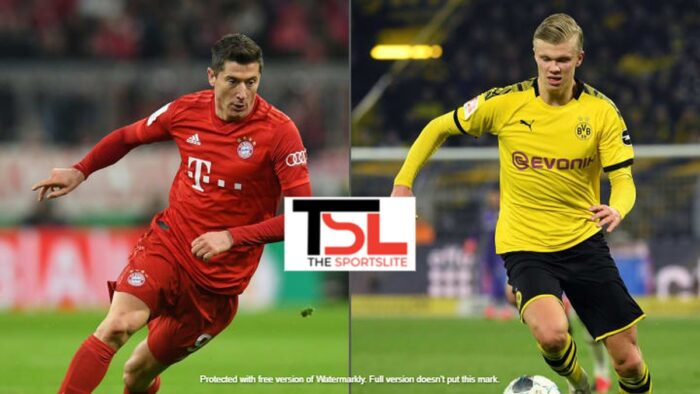 Known for the most physical and fast gameplay across Europe and perhaps even the world. The German league never has a shortage of scorers. The 2020-21 season was no different. Check the List of Top 5 Most Goal Scorers in Bundesliga in 2020-2021

The giant of a target man, the Dutch forward Weghorst looked in impeccable form throughout the Bundesliga season. He has highly valued for his hold-up play and his aerial ability. The 29 year old looked unstoppable for the last two seasons. Leading VFL Wolfsburg to a top-four finish, Weghorst completed the domestic season with 20 goals in 33 starts. He earns the 5th spot in our list of Top Five Highest Goal Scorers in Bundesliga in 2020-2021.

Rated as an all-round player, the 30 year old Croatian has been steadily gaining applause around the football world in the Hoffenheim colours since his transfer from the English side Leicester City. He earned an impressive 61 caps for the national side since his 2014 debut. Kramaric appeared at the height of his powers in Bundesliga 2020-21 season, with a total of 20 goals in 27 games. This puts him in 4th in our list.

Ever since the much-speculated transfer from RB Salzburg to Borussia Dortmund, Erling Halaand has bossed the conversations of players to watch out for. And 2020-21 has been no different, backing it up with 27 goals in 28 games, securing third place in the very much heated race for Bundesliga top scorer. He grabs the 3rd position in our list of Top Five Highest Goal Scorers in Bundesliga in 2020-2021.

At the second place, Andre Silva, the Portuguese brought in to replace the departures of Luka Jovic and Sebastian Haller from Frankfurt FC. Silva more than proved his mettle. Enough to earn a transfer to RB Leipzig over the summer window, the striker accumulated a total of 28 goals in 32 games in the league season. This puts him in the 2nd spot.

1. Robert Lewandowski [ Top of the List of Top Five Highest Goal Scorers in Bundesliga in 2020-2021]

Hardly a surprise inclusion, the 33 year old Polish phenomenon has been a consistent favorite for Balon d’Or. The 2020-21 season was business as usual for him. He set the standards for the league again with 40 goals throughout the league season. He won the top scorer award, formerly named “Kicker-Torjägerkanone”.