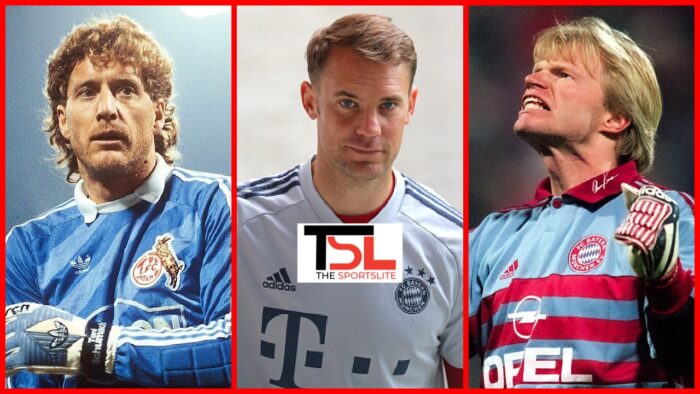 Germany has been known to produce some of the best goalkeepers. A few of the goalkeeping royalty have plied their trade in the Bundesliga. Goalkeepers with all-time highest clean sheets in Bundesliga have formed an integral part of their teams for a long time.

Here, we take a look at top five goalkeepers with all-time highest clean sheets in Bundesliga: 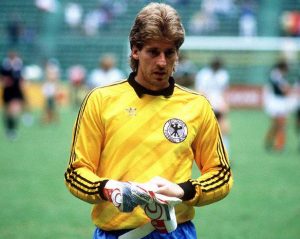 Uli Stein played for Hamburger SV, Eintracht Frankfurt and Arminia Bielefeld. He was the oldest goalkeeper to play in the league. He has 146 clean sheets in 512 games. With a clean sheet percentage of 28.2%, Stein gets the 5th spot in our list of top 5 goalkeepers with all-time highest clean sheets in Bundesliga.

Also Read:  List of Goalkeepers with All-time Most cleansheets in La Liga

Eike Immel has played for Borussia Dortmund and VFB Stuttgart. He was a consistent performer for Dortmund, missing just one league game in seven seasons after being named the first-choice goalkeeper. He played 534 league matches where he kept 148 clean sheets at the percentage of 27.7%. This earns him the 4th spot on our list. 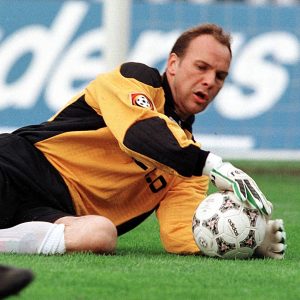 Oliver Reck plied his trade for Kicker Offenbach, Werder Bremen and Schalke 04. He played a total of 471 games where he kept 176 clean sheets at 37.7% clean sheet percentage. This puts him on 3rd on our list of top 5 goalkeepers with all-time highest clean sheets in Bundesliga.

Also Read: List of Top Five Players with Most Appearances in Serie A 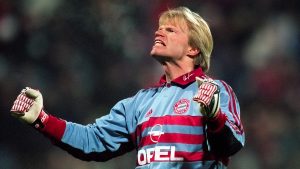 Oliver Kahn is considered one of the legendary goalkeepers in the history of football. He played for Karlsruher SC and Bayern Munich. He is currently the CEO of Bayern Munich. Kahn kept 204 clean sheets at a rate of 36.6% in his 557 matches. This makes him the second-best goalkeeper in Bundesliga in terms of clean sheets. Also read: List of Goalkeepers with All-time Most cleansheets in La Liga