The SportsLiteSports at just one click!
HomeFootballKnow about Bundesliga, History, Facts, Format, Stats and everything
Football

Know about Bundesliga, History, Facts, Format, Stats and everything 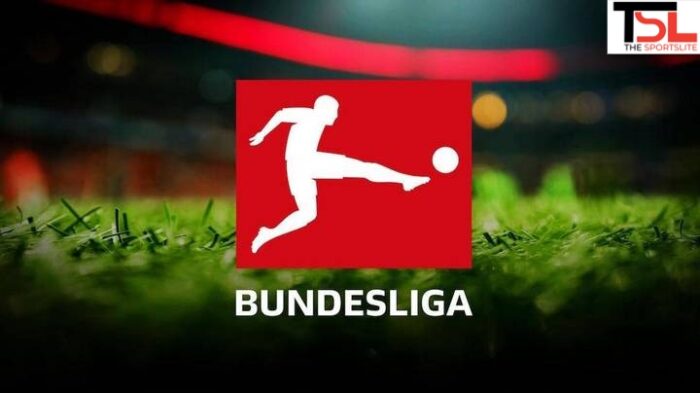 Mine of talent is what you can call Bundesliga which is the German top-flight league in professional football. The league keeps producing young and promising talents season in season out giving them the stage to exhibit their dexterity at the highest level.

Though there has been a Bayern monopoly for a long while, the league is still exciting with open plays and lots of goals. The fast-paced game spontaneously creates the atmosphere in the stadium for which the Bundesliga is renowned across the world.

Around the late 1940s, Germany hadn’t had the central league in football, while across the different countries in Europe the professional leagues had already started to flourish. Germany only had the sub-regional leagues which obviously didn’t expose the players to professional football. These semi-professional German players at the international level couldn’t cope up with the skills and professionalism of the players from other nationalities.

The lack of a central league also attracted many of Germany’s promising youngsters to go abroad and play professional leagues there. Quite clearly, the entire ecosystem was draining out the talent Germany possessed and other leagues were using it to their advantage.

In the 1962 World Cup, Germany was beaten 0-1 by Yugoslavia and the defeat ignited the demand for the central league. On 28 July 1962, Bundesliga was created with the inaugural season scheduled to commence in 1633-64 season.

What is the Format of Bundesliga?

The top-tier German football has a total of 3 tiers. Bundesliga is a top-tier tournament, which is followed by second-tier 2 Bundesliga and then 3 tier Bundesliga.

Many renowned clubs over Europe and especially in the English Premier League have been owned by foreign millionaires. They brought money to the game. In today’s football, we see an outrageous amount of transfer fees being paid and paid easily by these super-wealthy owners. Though football is a fan-oriented sport, these big spenders have literally become the ‘owner’ of the club and they can take absolutely any decision about the clubs. Well, we have recently seen the owner’s unsuccessful attempt to form the notorious Super League.

These things don’t happen in German Football and Bundesliga. The organizers are quite pious towards traditional football and hence to keep foreign investors out of the game, they have the 50+1 rule.

The rule states that, should a football club outsource its professional football operation into a separate limited company, the parent club must retain 50% of the voting shares in that company, plus one share. Thus the rule prevents any foreign millionaires from buying the club.

Bundesliga has the lowest price for tickets and the highest attendance among the European top-flight leagues, the 50+1 rule is primarily the reason behind this.

The rule has its demerits as well. Except for Bayern Munich, no team has really spent big money on the transfers as they don’t have the amount of money. The foreign investors might uplift them from the financial crisis, but no investor wants to invest in the clubs when their voting rights could be limited up to 49%.

Most of the revenue of Bundesliga clubs comes from fans and tickets. During the pandemic, the closed-door games took a chunk of revenue away from the clubs. Though the fans have returned to the stadiums, the clubs are yet to recover from the doleful situation.

Germans are devoted to their fan-oriented football and it would be a huge surprise if the 50+1 rule gets revoked.

Most Appearances in Bundesliga

Most Goals in Bundesliga