The SportsLiteSports at just one click!
HomeFootballKnow about UEFA Champions League, History, Format, Stats and everything
Football

Know about UEFA Champions League, History, Format, Stats and everything 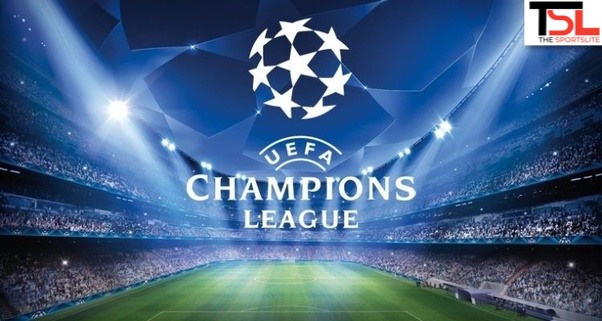 ‘Die Meister! Die Besten! Les Grandes Équipes! The Champions!’ as the song reverberates in the stadium, it does reverberate in the heart of the fans bringing the flurry of emotions, the emotion of joy, and the emotion of desperation. This is the UEFA Champions League where you never know when the elation would turn into misery and misery into ecstasy.

Every time a fan listens to the league’s theme song, he feels proud about his team, feels proud of what they have achieved and the song also inspires the dejected teams to turn improbable to possible. This is the most prestigious trophy a football club would ever dream to snatch off.

Well before WWII, the Champions League which had the name ‘European Cup’, had been played between only the title winners of various leagues in Europe. Over the years, the expansion of the league took place and several teams along with the title holders started to compete against each other. The first season was played in the 1955-56 season.

The Champions league that we know today came into existence in 1992. The trophy has been considered the most esteemed; just second to the FIFA World Cup.

The competition is of 32 teams and rules of qualification and scenarios have always been complicated ones.

The teams from lower coefficient leagues can also make their way to this league by going through qualification rounds. The UCL winners get automatically qualified for the group stages of next season.

What is the Format of  UEFA Champions League

The 32 teams are divided into 8 groups of 4 members each. Two teams from a common league cannot be in one group. Each team plays home and away fixtures with other group members. The top 2 teams from each group get qualified for the round of 16 and that’s where the real game starts.

From the round of 16 to the semi-finals, each fixture is two-legged, with one home and one away game. The knockout phases have an away goal rule.

People get a chance to witness the best clubs, the best players, the best managers across the globe competing against each other on the field of this beautiful game. The format similar to the FIFA World Cup makes the league even tougher and makes it even more significant.

The league comes into its own, especially after the group stages and the neck-to-neck competition in the knockout stages takes the league to a different level. A player or a fan, in the stadium or in front of the TV, every spectator of this league experiences every emotion that he will experience in his life.

You feel excited and nervous, you anticipate a lot and at the same time, you tell yourself to be prepared because anything can happen. You feel exasperated, you curse your luck, and sometimes you are in the 7th heaven when your team pulls off something extraordinary. This is the UEFA Champions League for you.

The UCL through stats