The SportsLiteSports at just one click!
HomeFootballKnow about La Liga History, Records, Format, Stats and everything
FootballForever Facts

Know about La Liga History, Records, Format, Stats and everything 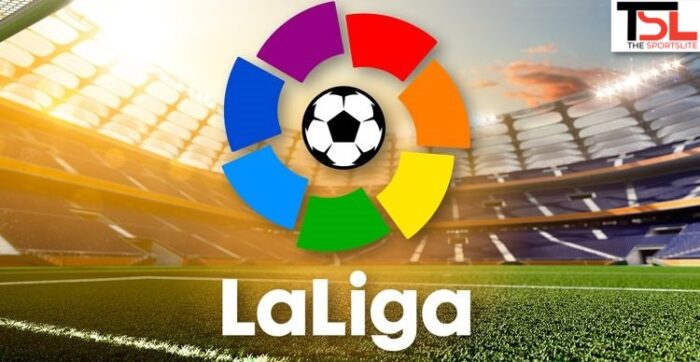 La Liga is the top-flight football competition in Spain which is famous in Spain with its original name Campeonato Nacional de Liga de Primera División. According to UEFA’s coefficient, La Liga has been the top league in Europe since 2013.

Real Madrid, Barcelona, and Atlético Madrid are the most followed and most successful clubs in the Spanish top-flight league.

The inaugural season of La Liga was played in 1929 with a total of 10 participating teams.

Gradually the number of the participating team increased and nowadays 20 clubs tussle against each other to grab the La Liga trophy.

Real Madrid, Barcelona, and Athletic Club are the only founding clubs that have never been relegated from the top-flight league.

Just like other European leagues, La Liga also has the basic promotion-relegation system. La Liga is the top league, while Segunda División is their second-tier league.

The teams finishing at 18th, 19th and 20th position at the end of a season will get relegated to Segunda División. The top 2 teams of Segunda División will be directly promoted to La Liga. The teams finishing the Segunda División season from 3rd to 6th do have a chance to qualify for the La Liga. The two-legged playoffs are played between 4th and 5th placed teams and 3rd and 6th placed teams. The final is also a two-leg fixture that decides the third team to be promoted in the La Liga.

The rules regarding the European Qualification for La Liga are quite simple to remember. The top 4 teams will secure their spot in the UEFA Champions League, while the 5th placed team enters the UEFA Europa League.

Each club in the league can have a maximum of 5 non-European players and can only name 3 of them in the matchday squad. If a player does not have European ancestry, he can claim Spanish citizenship after playing in Spain for five years.

El Clásico, the two maestros and the La Liga

However, It has lost these two legends to the different leagues. Ronaldo moved to Serie A to play for Juventus in 2018-19 and in 2021 Lionel Messi joined Paris Saint Germain.

What are the Stats ?

Most Goals in Spanish League

Most Appearances in La Liga