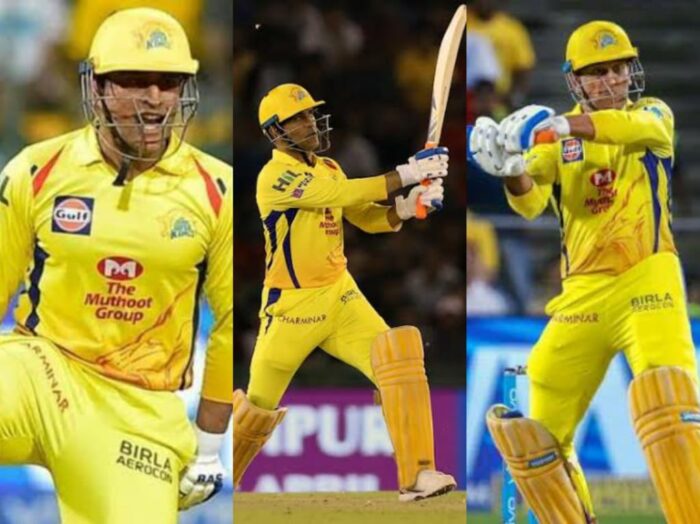 There isn’t a cricket fan who hasn’t heard of MS Dhoni. He is the only captain in History who has won every international trophy while leading his team. He was the one who was constantly questioned for his poor technique, but his results silenced the critics. Furthermore, MS Dhoni will be remembered in cricketing History as the man who dared to play the ‘helicopter shot‘ and hit the ball out of the park. However, on 15 August 2020, MS Dhoni announced his retirement from all formats of cricket, marking a dark day in cricket history as one of the game’s greatest players announced his retirement. Today, we are discussing about Biggest MS Dhoni’s record in IPL.

Apart from that, his never-ending love story with the yellow jersey is one of the most memorable moments in IPL history. Mr. skipper has set numerous unbreakable records for CSK and will never be forgotten by Chennai fans.

Have a look at Greatest MS Dhoni’s record in IPL:

MS Dhoni has been with CSK since the start of the IPL. He has been serving CSK for ten years and will continue to do so. This makes him, along with Suresh Raina, the longest raining player for CSK. His contribution to CSK will not be forgotten. At The SportsLite, we assume it as the biggest MS Dhoni’s record in IPL ever.

Also Read: Top 5 teams with most sixes in IPL history

Dhoni is the only player in Indian Premier League history to have earned Rs 150 crore. He is the only IPL player to cross 150 CR. Mark. The total amount includes all of Dhoni’s earnings from IPL contracts since the league’s inception in 2008.

Maximum six hit by an Indian

As we all know, Dhoni is famous for his helicopter shots, or as we can say, the other way around. MSD has hammered 209 Maximums in IPL so far, the most by an Indian batsman and the third most in IPL history.

Dhoni is unquestionably one of the best captains in IPL history and international cricket. This individual has the highest winning percentage in IPL history, 59.48, which appears unattainable.

Most matches played in IPL

MSD has represented two IPL teams, the Chennai Super Kings and the Rising Pune Supergiants. He has played 214 IPL matches (combined for both teams), making him the player with the most matches played in IPL.