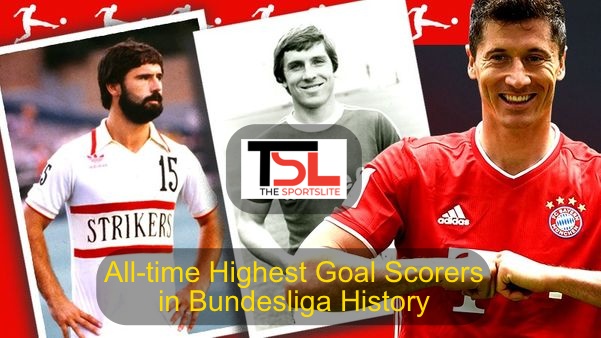 Top 5 Most Goal Scorers in the history of Bundesliga

Bundesliga is the top division football league of Germany. It is the home league of two great European clubs in Bayern Munich and Borussia Dortmund. Since its foundation in 1963, Bundesliga has been the home for some of the world’s elite players. Bayern Munich is the most successful team in Bundesliga having won the title a record 31 times followed by Borussia Dortmund and Borussia Monchengladbach winning the title 5 times each. In this list, we will talk about the top 5 players who are the All-time Highest Goal Scorers in Bundesliga History. 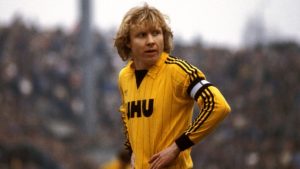 Manfred Burgsmuller was a prolific striker in his days. He is probably the most underrated striker in the Bundesliga ever. Manfred has scored a total of 213 goals in 447 games with a goal ratio of 0.47. He played for 4 clubs in the league namely, Rot-Weib Essen, Borussia Dortmund, Nuremberg and Werder Bremen. Manfred is still now the highest goal scorer in Borussia Dortmund’s history for scoring 135 goals. He has won the Bundesliga title once in his career with Werder Bremen in the 1987/88 season. 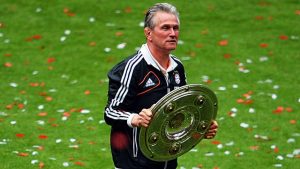 Now a retired football manager, Jupp Heynckes is regarded as one of the best German football managers after winning numerous trophies including 4 Bundesliga titles with Bayern and 2 Champions League titles with Real Madrid and Bayern each. But not only as a manager, but he was also an exceptional forward in his days having scored a total of 220 goals in 369 games with a goal ratio of 0.59 playing for two Bundesliga clubs namely Borussia Monchengladbach and Hannover. Jupp Heynckes have won the FIFA World Cup, European Championship, German Cup and UEFA Cup once each and Bundesliga (4 times). 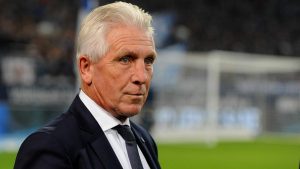 Klaus Fischer was one of the best German forward with a Bundesliga career spanning 19 years. He represented 1860 Munich, Schalke, FC Koln and Bochum. Fischer is one of 11 players to have played more than 500 Bundesliga games. He has scored a total of 268 goals in 535 matches with a goal ratio of 0.50. He has won the German Cup (2 times) and Bundesliga Golden boot once for the 1975/76 season. 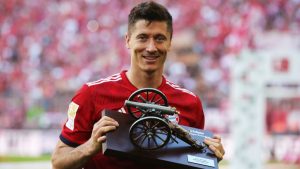 The only active player on the list who will surely add more goals to his tally. Robert Lewandowski is currently one of the best forward in the footballing world. Having represented both Borussia Dortmund and Bayern Munich, he is mostly talked about his time in Bayern. He holds the record for most goals scored by a non-german player in Bundesliga. Lewandowski has scored a total of 276 goals in 349 games till now with an impressive goal ratio of 0.79.  He has won the FIFA Best Men’s player, UEFA Best Player and Champions League golden boot once each, Bundesliga golden boot (6 times), Bundesliga title (9 times), Champions League once, German Cup (4 times) and German Super Cup (5 times). 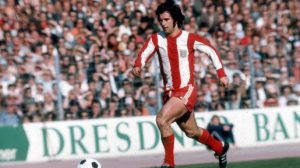 The all-time German and Bayern Munich greatest sadly passed away a few weeks ago. He is regarded as one of the best forward ever in football history. He scored a total of 356 goals in 427 games with an unbelievable goal ratio of 0.85. Fans often called Gerd Muller by the name “Der Bomber” for his impressive ability to score a lot of goals. Muller played for only one club i.e. Bayern Munich in his 14 season Bundesliga Career. He has won the Ballon D’or, FIFA World Cup and European Championship each once, Bundesliga golden boot (7 times), Bundesliga title (4 times) and German Cup (4 times).