The SportsLiteSports at just one click!
HomeFootballBarcelona Transfer News: Financial Woes At The Camp Now Ahead Of The...
Football

Barcelona Transfer News: Financial Woes At The Camp Now Ahead Of The New Season 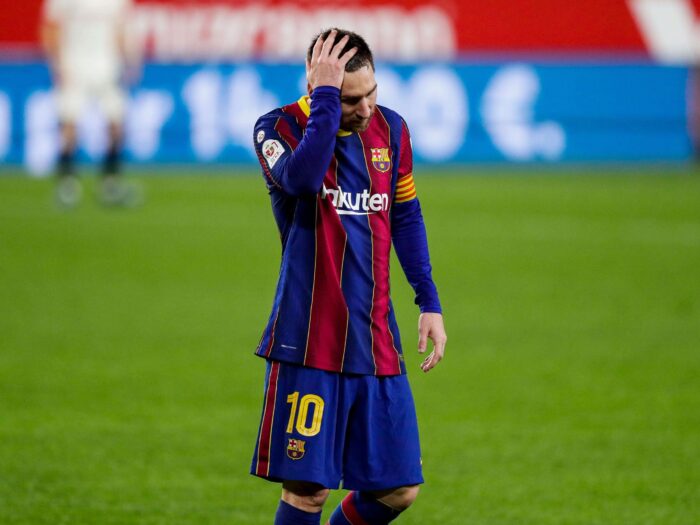 Have a look at the transfer news of La Liga club Barcelona who are looking to offload some of the highest earners of the club in the coming days ahead of the new season.

Spanish giants Barcelona are currently facing a very difficult challenge in order to register club legend Lionel Messi who is out of contract this season. Due to the wage cap imposed by La Liga, they are forced to sell some of their highest earners for a cheap amount of money.

Barcelona have already begun their pre-season this summer and are currently in Germany for their third friendly match. They are working on departures of some of the big names of the club who will be sold this summer in order to register the new signings with La Liga.

Barcelona’s first arrival this season is young Spanish defender Eric Garcia from Manchester City on a free transfer after years of negotiation with the Premier League club. He left Barcelona in 2018 in search of regular football and joined Manchester City featuring in 35 games for the club in all competitions.

The biggest bargain of this transfer window was Argentine forward Sergio Aguero who joins on a free transfer for Manchester City where he became a club legend. Known for his prolific goal-scoring, Aguero joins Barcelona scoring 260 goals for Man City in 390 appearances in all competitions.

Dutch forward Memphis Depay followed in the footsteps of Frenkie De Jong and his Favorite manager Ronald Koeman and joined Barcelona for a free transfer from Ligue-1 club Lyon where he scored 76 goals in 178 appearances for the club and providing many assists.

Spanish giants Barcelona paid €9 million to Real Betis for the transfer of  Emerson Royal to strengthen their defense and provide competitions to Sergino Dest. Emerson has featured in 79 games for Real Betis finding the net 6 times during his time with the club.

failing to establish himself in the first team, Junior Firpo was sold to Premier League club Leeds United where he will get regular game time under Bielsa. He made 42 appearances for the club in all competitions finding the net 2 times after spending two seasons with the Blaugranas.

21-years-old French defender failed to gain any type of forward-going momentum with Barcelona where he featured in 5 games for the club. He spent various loan spells at different clubs but was injury prone which did not allow him to establish his name in World football.

Many big names are on the transfer list as Barcelona are struggling financially: