As preparations for the new season begin, have a look at the transfer news of the Premier League club Arsenal who are looking to make the loan move permanent of Real Madrid midfielder Martin Odegaard.

Due to the wage cap handed over to every big La Liga club, Real Madrid also finds itself in a difficult financial situation with the newly imposed wage cap by La Liga. As a result, Madrid are forced into letting go of some of their highest wage earners and surplus players which are not required. 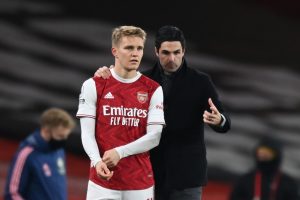 22-year-old Martin Odegaard falls into the category of a surplus requirement who is not a regular in the team sheet and whom the club will be looking to move on to free some wages. Gunners are closely keeping tabs on his current situation with Real Madrid who will be looking to let him go this summer.

Odegaard joined Los Blancos back in 2015 when he was just a 16-year-old kid looking to make his name in World football. He played for the reserve team but trained mostly with the Real Madrid first team. He progressed through the youth ranks of the club learning and growing like other young players.

He spent successful loan spells away from the club many times in his career, but his most notable loan spell came with the Premier League club Arsenal who have grown more fond of the player and hold him in very high regard. Odegaard made 20 appearances for Arsenal in all competitions finding the net 2 times. 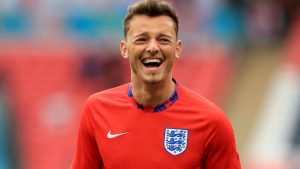 Arsenal agree on a 5-year deal with Brighton for a young English defender Ben White for a transfer fee reported to be around £50million. He will wear the number 18 shirt for Arsenal and will be the first choice right-sided center back for the Arsenal coach Mikel Arteta who is very impressed by the defensive attributes of Ben White.

ALSO READ: Barcelona: Antoine Griezmann Has Shown His Desire To Return To Atletico Madrid In A Swap Deal With Saul Niguez