The SportsLiteSports at just one click!
HomeFootballPossible Destinations Of Lionel Messi As His Next Club Ahead Of The...
Football 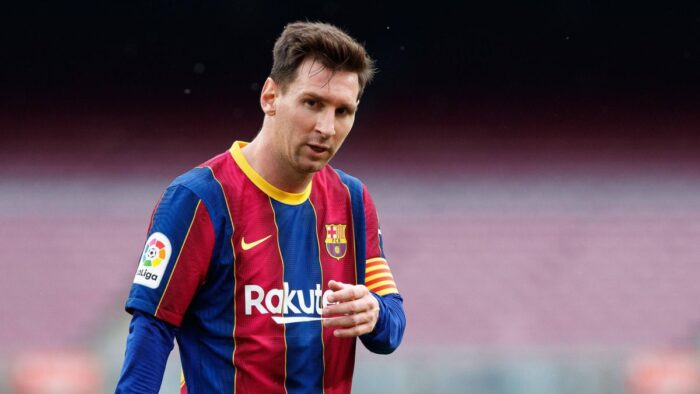 Have a look at the list of possible destinations of Argentine forward Lionel Messi who is leaving Barcelona as preparations for the new season begin.

A record 6-time Ballon d’Or winner Lionel Messi is finally leaving FC Barcelona a club which he joined when he was 13-years-old. He relocated from Rosario to Barcelona at a very tender age in order to become one of the greatest players in the world to have ever played the game.

He was out of contract at the end of last season but had an agreement with the club to sign the new contract after returning from Copa America. However, Barcelona like every other club in La Liga have been handed over a Wage Cap by La Liga because of a significant loss in revenue.

Joan Laporta came out after a meeting and said-Despite FC Barcelona and Lionel Messi having reached an agreement and the clear intention of both parties to sign a new contract today, this cannot happen because of financial and structural obstacles (Spanish Liga regulations).

Due to the new wage cap imposed by La Liga, every club has to monitor its finances in order to maintain the financial fair play regulations set by La Liga. Meanwhile, Lionel Messi is looking for a new club ahead of the new 2021-22 season after the Copa America triumph.

Lionel Messi: Possible Destinations ahead of the new 2021-22 season

After playing for Barcelona for more than 20 years, Lionel Messi will not renew his contract with the club and is considering other options ahead of the new season. Currently, at this point of time, only few clubs have the necessary resources to sign the Argentine legend.

Reports in Paris suggest that PSG are close to agreeing on a deal with Lionel Messi and his father who is looking for a new club for his son. Paris-Saint Germain can match the requirement of Lionel Messi who despite having a full agreement with Barca, will not wear the Blaugrana shirt again.

Paris Saint-Germain are confident since last hours to sign Leo Messi. Negotiations are progressing well – up to Financial Fair Play approval, PSG are convinced they can complete the agreement soon. 🌟🇦🇷 #PSG

There’s no contact from Chelsea as of now – #CFC are focused on Lukaku. https://t.co/QLgy8kg6mW

Premier League winners Manchester City could be a potential landing spot for Lionel Messi because of a good relationship between him and Guardiola. Manchester City can also meet the offer made by PSG and could even submit a better offer as compared to the French side.

Messi can consider the option of reuniting with Guardiola under whom he became a crucial part of the Barcelona system. Meanwhile, City also acquired the services of Aston Villa playmaker Jack Grealish for a transfer fee of around €100 million.

Chelsea can be a good fit for Messi as they have a brilliant young squad with a really good manager. They have the money with them but agreeing on a deal with Leo is difficult and PSG are currently leading that race. It would be interesting to see what Messi decides ahead of the new season.

Barcelona legend will be a huge loss for Barcelona and La Liga as the fan following of Lionel Messi will be diverted completely towards his new team.