Bowlers to have taken 6 wicket haul in IPL 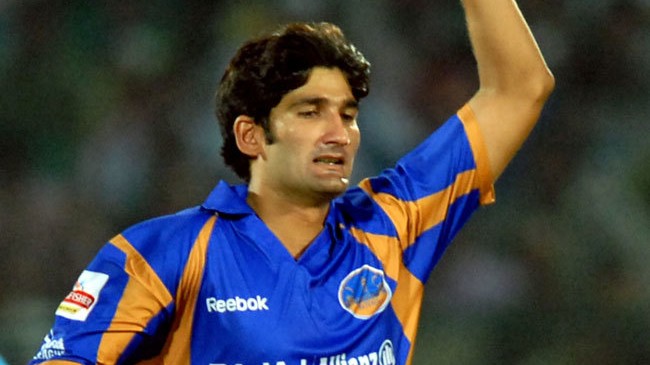 The Indian Premier League has witnessed some of the best individual performances the game has to offer. Over the years it is not only batting that is entertaining. Bowlers turning the whole game with their magical bowling is also not a new thing. In this article, we will know about the Bowlers to have taken a 6 wicket haul in IPL. There are only 3 bowlers to achieve this fate, let’s know them.

Only bowlers to have taken a 6 wicket haul in IPL history:

In the year 2016, Adam Zampa took his 6 wicket haul playing for RPS against SRH. SRH decided to bat first which turned out to be a bad decision for them. The Australian spinner came in to pick 6 out of 8 SRH wickets that night. Zampa’s spin was unreadable to the SRH batsmen as he claimed the wickets of Yuvraj Singh, Kane Williamson, Moises Henriques, Deepak Hooda, Naman Ojha, and Bhuvneshwar Kumar. SRH managed to put a low total of 137 but managed to defend the total at the end in a low-scoring thriller. Although Zampa was named the man of the match for his incredible performance with the ball, delivering a spell of 6/19 with an economy of 4.75 despite losing the match.

Pakistani players are now not allowed to play in the IPL but it was not the same back in 2008. Sohail Tanvir represented RR and helped them win the maiden IPL title with his impressive balling. One such impressive bowling display came against CSK. Winning the toss, CSK decided to bat first but it wasn’t late until they discovered it was a bad decision. Sohail Tanvir did madness with the new ball and picked 3 wickets in his first 2 overs, he again returned with the ball at the later stage of the innings to pick another 3 wickets and bowl CSK all out for 109 runs. Tanvir bowled an excellent spell of 6/14 with an economy of 3.50, consisting of the wickets of Parthiv Patel, Stephen Fleming, Vidyut Sivaramakrishnan, Albie Morkel, Muthiah Muralidharan and Makhaya Ntini. In reply, RR won the match by 8 wickets with 34 balls remaining.

Alzarri Joseph dropped a marvelous bowling performance that too in his debut IPL game for MI against SRH. SRH won the toss and elected to field first. MI managed to put a low target of 137 runs. SRH expected to win the match comfortably started well in the first 3 overs but collapsed unexpectedly, courtesy of Alzarri Joseph. With his unreadable spin, Joseph sent more than half of the SRH batsmen to the dugout. He picked the important wickets of David Warner, Vijay Shankar, Deepak Hooda, Rashid Khan, Bhuvneshwar Kumar and Siddarth Kaul in a spell of 6/12 with an economy of 3.27. MI was able to restrict SRH to only 96 runs, winning the match by 40 runs. Alzarri Joseph was named the man of the match for his individual brilliance which fetched his team important 2 points.