The SportsLiteSports at just one click!
HomeCricketWriddhiman Saha Net Worth, Salary, Endorsements, Cars, House
CricketNet Worth 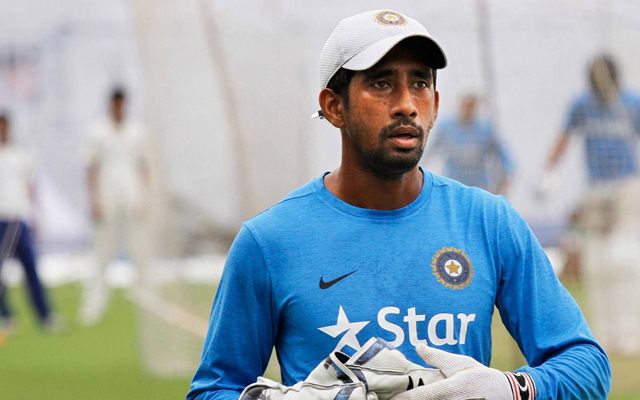 Following MS Dhoni’s surprising announcement of retirement from test cricket in 2014, the baton of being India’s first-choice wicket-keeper fell in the hands of one Wriddhiman Saha. The Bengal-born grabbed the opportunity like a ghazel to its prey and didn’t let it slip by. Widely regarded as one of the finest of the craft of wicket-keeping Wriddhiman Saha never fails to disappoint whenever he dons the gloves. Despite his limited batting abilities, he has learned to play within his boundaries and has achieved success on that front. Following his years of on-field exploits in the whites for India, Saha has gained a lot financially as well. The following article provides an insightful look at the financial standing and net worth of Wriddhiman Saha.

If the facts mentioned below are correct, the net worth of Wriddhiman Saha is estimated to be INR 46.8 crore. In addition to this, his net worth comprises the income he receives from the BCCI as an active cricket player, which is INR 3 crore rupees per year at present. It also constitutes the salary he receives from the Cricket Association of Bengal for playing domestic cricket for Bengal.

Wriddhiman Saha is a part of the Grade B cricketers as announced by the BCCI in 2021. As per the terms of the contract, the 37-year-old is guaranteed an amount of INR 3 Crores every year. However, this does not include the match fees he is paid for representing his country after every match. Saha has also been an integral part of SRH’s batting unit as he’s been representing them since 2018. The wicket-keeper was retained by the Hyderabad-based franchise for a bargain price of INR 1.20 Crores during the 2019 auctions after being released initially.

Also Read: Top 5 wicketkeepers with most catches in IPL History

Given that Wriddhi is at the peak of his popularity, it wouldn’t come as a surprise that he’s associated with a lot of different brands. Saha was roped in by popular bat-manufacturing company SS, soft-drink 7UP, PUMA, and IGT.BET as an endorser. In addition to this, his association with the IPL franchise Sunrisers Hyderabad also makes him an indirect endorser of popular brands like Kent, Ralco Tires, Jio, Dream11, TCL, and many other brands. that Saha earns approximately 6-figures through endorsing these brands.

Wriddhiman resides in a luxurious house in the city of joy Kolkata, where he lives with his wife Romi Mitra and their two children. The apartment complex is equipped with all the amenities of a modern marvel. In addition to this, the prolific wicket-keeper batter also owns multiple real-estate properties across the country.

There isn’t a lot of information available regarding the car collection of Wriddhiman Saha. Although given his vast riches it can be estimated that Wriddhi owns some of the finest luxury cars the world of automobiles has on offer. Above all, some of the wheels owned by him comprise of car-brands like Nissan, Renault, Audi, and many others.

Also Read: Top 5 Wicketkeepers with most stumping in IPL History