The SportsLiteSports at just one click!
HomeCricketMohammed Siraj Net Worth, Salary, Endorsements, House, Cars
CricketNet Worth 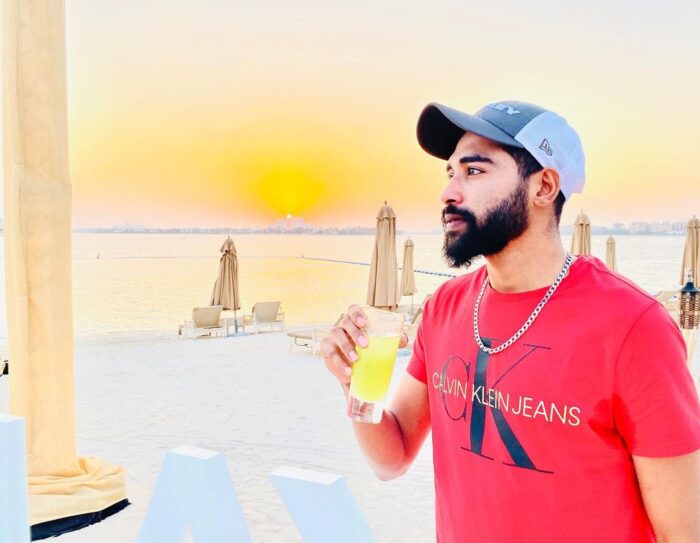 The story of Mohammed Siraj is quite befitting of the title “From Rags to Riches.” Coming from humble beginnings as the son of a rickshaw-wala to one of the most dependable seamers in test match cricket, Siraj has had quite an inspirational journey. A late bloomer as per Indian cricketing standards, Siraj took to serious cricket only in 2015. However, he did not let it hold him back as the fiery pacer quickly rose through the ranks consisting of some well-established cricketers. Currently, he is regarded as a test match specialist for the Indian team although he has been featuring in the limited-overs sides as of late as well. On the occasion of his rise in IPL and international cricket, here is a look at the financial standing and net worth of Mohammed Siraj.

Mohammed Siraj is a part of the Grade C cricketers as announced by the BCCI in 2021. As per the terms of the contract, the 27-year-old is guaranteed an amount of INR 1 Crores every year. However, this does not include the match fees he is paid for representing his country after every match. Siraj is also an integral part of the bowling department of RCB as he’s been representing them since 2018. He was bought by the Bengaluru-based franchise for a whopping 2.60 Crores during the 2018 mega auctions. It was during the 2020 season that he really hit the strides, as due to his disciplined line and length, Siraj was awarded a test cap in the infamous Border-Gavaskar Trophy in early 2021.

Siraj has been the center of attention ever since he debuted for India in the longest format of the game early this year. Since his heroics in the Border-Gavaskar Trophy, Siraj hasn’t looked back and his financial prosperity is evidence of it. His steady rise in the world of cricket has also made him a promising up and comer in the advertising sector. The 27-year-old has collaborated with plenty of brands in the past few months. This includes the likes of SG Cricket, Be O Man, CoinSwitch Kuber, My11Cricle, Thums Up, and Crash on the Run. It is estimated that the frolicking right arm seamer receives an estimate of 7-digit figures through endorsing these brands.

Mohammed Siraj lives with his family in a beautiful home in the Tolichowki area of Hyderabad, Telangana, India. His house has seen plenty of change with respect to his financial growth which is quite visible in his posts on social media. The speedster has also hosted many Indian and overseas cricketers at his place. In addition to this, he also owns multiple real estate properties across the country.

Mohammed Siraj, who had an impressive debut series against Australia, treated himself to a BMW car after returning home. Siraj, who finished as India’s leading wicket-taker with 13 wickets from three matches, posted a couple of videos on his Instagram store showing off his new BMW sedan. Along with India’s victory in the Gabba Test series, Anand Mahindra promised to gift SUVs to six promising cricketers as a token of appreciation, including Mohammed Siraj.