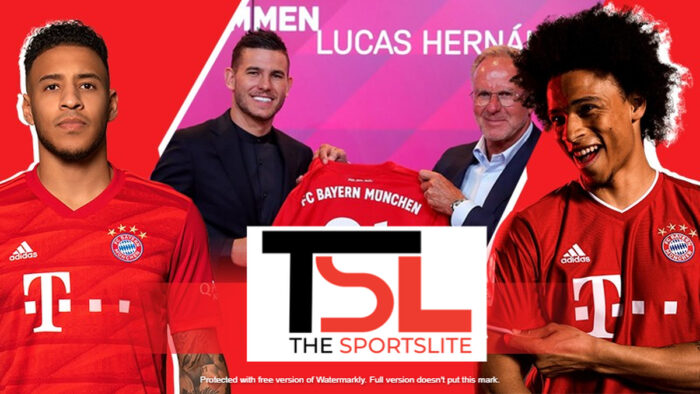 Bundesliga clubs hardly sign big-time expensive players. But in those few exceptions the quality tends to warrant the highest incoming transfers in Bundesliga. We can also verify the financial dominance of Bayern Munich in Bundesliga from this list.

Here we take a look at the Top Five Highest Incoming Transfers in Bundesliga:

Bayern Munich broke the Bundesliga transfer-record to sign midfielder Javi Martinez in 2012, activating the Spaniard’s €40m release clause in his Athletic Bilbao contract. Since his arrival from La Liga, Martinez has won a host of trophies in Munich. He earns the 5th spot in our list of top five highest incoming transfers in Bundesliga.

In june 2017, Bayern Munich brought in the midfielder from Lyon for what was then a record fee for an outgoing player from Lyon. However that was soon broken with the departure of Lacazette to Arsenal in the same transfer window. A crucial depth in the team, Tolisso enjoyed a lot of silverware in the shirts of the Bavarian giants. He gets the 4th spot in our list.

The towering defender was seen another deal to yet again solidify Bayern’s statement of intent in Europe. At age 22, Upamecano is already a solid presence at the back, with many suitors competing Bayern for his signature. He is placed at 3rd in our list of top five highest incoming transfers in Bundesliga.

The pacey winger enjoyed quite a few trophies under Pep Guardiola in Manchester City, before moving to Bayern Munich in search of the next challenge. However, the deal did not come cheap. Shortly after, he won the Super Cup and Club World Cup and has more adventures to explore with the European giants. He is 2nd in our list.

An Atletico Madrid academy graduate, the world cup winner sparked a lot of buzz before the German superpower swooped in and secured his signature. Already a Champions League under his belt for Bayern, Lucas Hernandez clearly has a lot of mileage to give for his hefty fee.